Book coming out about Freemans

Story of faith and the healing power of God for Caleb 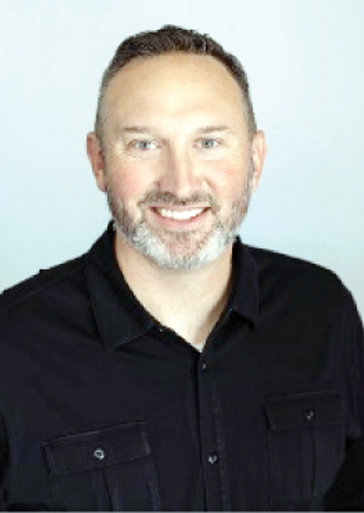 “Sir, your sons have been in a car accident. How quickly can you get here?”

The phone call no parent wants to receive would lead to a miracle only God could give.

When Jeremy and Emily Freeman’s teenage son Caleb was in a devastating car accident, doctors gave him a 10 percent chance of survival.

Fear of losing a child was all too fresh for the Newcastle family — their seven-year-old son, Trey, had died just four years earlier from a genetic immunodeficiency.

In a new book titled #butGod: The Power of Hope When Catastrophe Crashes In Jeremy Freeman, who is pastor at Newcastle First Baptist Church, shares the incredible story of Caleb’s recovery.

It covers the darkness that nearly overtook their family in the waiting, and the #butGod movement that captured the prayers of Christians around the world.

That has been and is the focus for the Freeman family.

The book, #butGod, includes heartfelt excerpts from Emily’s prayer journal and encouragement from Jeremy that goes beyond platitudes to a hard-won trust in God’s goodness.

The inspiring story offers greater understanding of the beauty God can bring through suffering; an honest glimpse of how one family grew closer together despite grief, tension, and doubt; a powerful example of how God works through the prayers of His people; and hope for whatever struggle you are facing.

Whatever sorrow you are walking through, #butGod leads you to the sweetness found in trusting God with suffering … and the deeper faith that comes from seeing His purpose in the pain.

While talking about being a parent and having children, Jeremy said, “But this is the reality: you can’t guard them from everything, as much as you try. They are in God’s hands.”

The Freeman’s son Trey “stepped into eternity” on September 1, 2013 at the age of 7, after fighting complications from Severe Combined Immunodeficiency (SCIDS), a group of rare disorders caused by mutations in different genes involved in the development and function of infection-fighting immune cells.

Four years after that, his brothers Clayton and Caleb were driving to an Oklahoma University basketball game and Caleb’s truck hydroplaned on the road off Interstate 35 at State Highway 9, and a semi-truck crashed into them. Clayton was in and out due to suffering a concussion, but the truck had hit on the driver’s side door.

Caleb was unconscious and Jeremy, who had arrived at the scene, said he just knew that Caleb had died.

Jeremy said he asked a nurse about his son, and she said, “... at this point we need a miracle.”

Caleb had suffered a brain injury, but miraculously no bones were broken. The Freemans were told that Caleb would probably never walk or talk again. He was in a coma for two months. During this time people throughout the nation were praying for him.

Friends and others who were concerned could follow along with Caleb’s progress on a page on Facebook titled Pray for Caleb, which now has more than 91,000 followers. The family also has a website at calebs-hope.com.

Slowly and steadily, Caleb made progress. Emily said the only way we could do that was one day at a time.

“God provided enough for each day,” she said.

Six months after the accident, Caleb walked out of the rehabilitation hospital to return home.

Jeremy said Caleb’s spiritual life was never taken from him.

“Because if God is in you, He never leaves you,” Jeremy said. “God is using Caleb in ways that are absolutely miraculous.”

Two years after the accident, Caleb, who had been a cross country runner before the accident, finished a 5K race with many of the runners from Newcastle and other schools who had already finished their runs, joining him and cheering him on.

Caleb’s and the Freemans’ journey has been followed by local television stations KFOR Channel 4 and KWTV News 9. It also has been broadcast nationwide on NBC News.

After running the 5K, Caleb said, “They said I would never run again, but God had other plans.”

Caleb graduated in May 2022 with a degree in communications from Rose State College. He still has a condition that makes everyday tasks challenging, but his family continues to pray for Caleb’s complete healing.

Jeremy said Caleb travels around the country and tells his story. He gets to see people who connect with that and come to know Jesus Christ as their Lord and Savior.

“Sometimes you might wonder what God is doing,” Caleb said. “But one day you will come to not want to trade it for the world.”

The book, #butGod, is being released October 18 and is available through Amazon in paperback for $17.99 and through Kindle at $9.99.

You can get all the details about the book at butgodthebook.com. On the morning of Sunday, October 16, Jeremy will have 2,000 signed copies from him and Caleb at First Baptist Church Newcastle.

“I am releasing the book to my church and community before the book officially releases on the 18th,” Jeremy said. “We pray God uses the book mightily.”

From #butGod, Freeman writes, ““We tend to think we would see better if our eyes were dry and clear, but it is when we are broken, crumbled, and lost in desperate prayer that things make the most sense.”

Also from #butGod, “Without a belief in God, there is no beauty in the story of life, nor is there a point to suffering.”

And, “A person’s greatest need is not physical healing but spiritual healing.”

Several have already given praise for the book including Craig Groeschel, Life.Church founding and senior pastor and New York Times bestselling author.

Groeschel said, “#butGod will build your faith and equip you with the strength to overcome.”

Michael and Lauren McAfee, cofounders of Inspire Experiences, said, “The Freemans’ story is breathtaking and meaningful as they share their challenging circumstances yet remain ever steady in their trust in a good and loving God. Not only have they endured unimaginable hardships and survived, they have come out the other side of their suffering with astounding joy and exuberant hope. Read this book, and see the goodness of God!”

Jeremy is lead pastor at First Baptist Church in Newcastle, and served as first vice president for the Oklahoma Baptist convention.

He is a sought-after speaker for inspirational events hosted by churches, conventions, conferences, businesses and schools.

He writes regularly at his blog site, pastorjfreeman.com, many of which are republished in The Newcastle Pacer. Jeremy and Emily and their six children, live in Newcastle.