Ted Haxel hanging it up 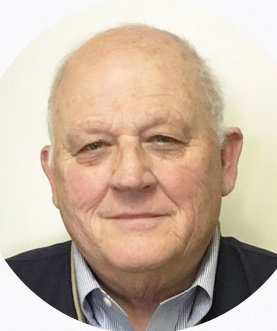 Attorney Ted Haxel has never strayed far from McClain County, but with retirement in sight, that is about to change.

He and his wife, Leslie, have a bucket list of travel plans – plans they put on hold for years while Ted had a successful law practice in Purcell.

He also served as city attorney for Purcell, Newcastle and Lexington.

A Washington native, Ted graduated from Washington High School in 1966.

He completed two years at Murray State College in Tishomingo.

That gave him plenty of opportunity to enjoy two favorite activities, hunting and fishing.

The 1970s proved a decade of change for Ted.

After graduating from Murray State, he enrolled in the University of Oklahoma, earning a bachelor’s degree in business in 1971.

He then took a year off and entered law school in August of 1973.

He met Leslie in early 1973. The relationship quickly became serious and they married Dec. 22, 1973.

He graduated from law school in May of 1975 and took the bar exam that summer. He passed it and was sworn in that September.

“The only joy I could get was with Charles Elder. He allowed me to become an associate of his,” Ted said.

Elder, an Oklahoma state representative, had his practice in Purcell.

In the early 1980s, Elder formed a partnership with John Mantooth and Ted. Following Elder’s death in 1985, Ted and Mantooth continued the partnership until Dec. 31, 1991.

In 1988, the City of Purcell hired Ted as city attorney. In the early 2000s, he was handed his walking papers by the council. The city rehired him in 2011.

“Sometimes it’s been really challenging,” Ted said. “I enjoyed it, but it can be stressful. Frankly, anybody who serves in one of those positions, it is very tough. You get worn out.”

Still, he added, most council members are “really good people to work with.”

Over the years, Ted has written so many municipal ordinances that he’s lost count. Probably hundreds is his best estimate.

The most memorable? Those drafted after Oklahoma voters legalized medical marijuana.

“Every municipality has had to deal with that issue and it will continue to be an issue,” he said.

As he closes his practice and career, Ted said the division between city attorney and private practice is 50-50.

He has arranged for Greg Dixon and Chris Lynn to take on his city attorney role and has attended his last council meeting.

“I will enjoy it,” he said of a meeting-less future. “There was a time right before I was fired by Purcell that every meeting was a battle and I left that meeting and was already dreading the next one.”

Ted has a few loose ends to tie up in his private practice before closing the door for good. He will be in his office “taking care of things,” but won’t accept any new work.

His retirement plans are simple.

“I’ll play golf until that gets tiresome and fish,” he said. “My wife and I have never been able to travel. We have a couple of bucket list places and we’re going to take those … if COVID allows us.”

And they will continue to spoil their four grandchildren.

Son Jake lives in Norman and is in the insurance business. He and his wife, Stephanie, have two children, Pearl and Tyler. Another son, Josh, lives in Roswell, Ga., with wife Kelli and their children, Camden and Hadley.

Neither son had an interest in becoming an attorney.

And that was fine with Ted.

“I didn’t want them involved in it,” he said. “It’s a tough business.”