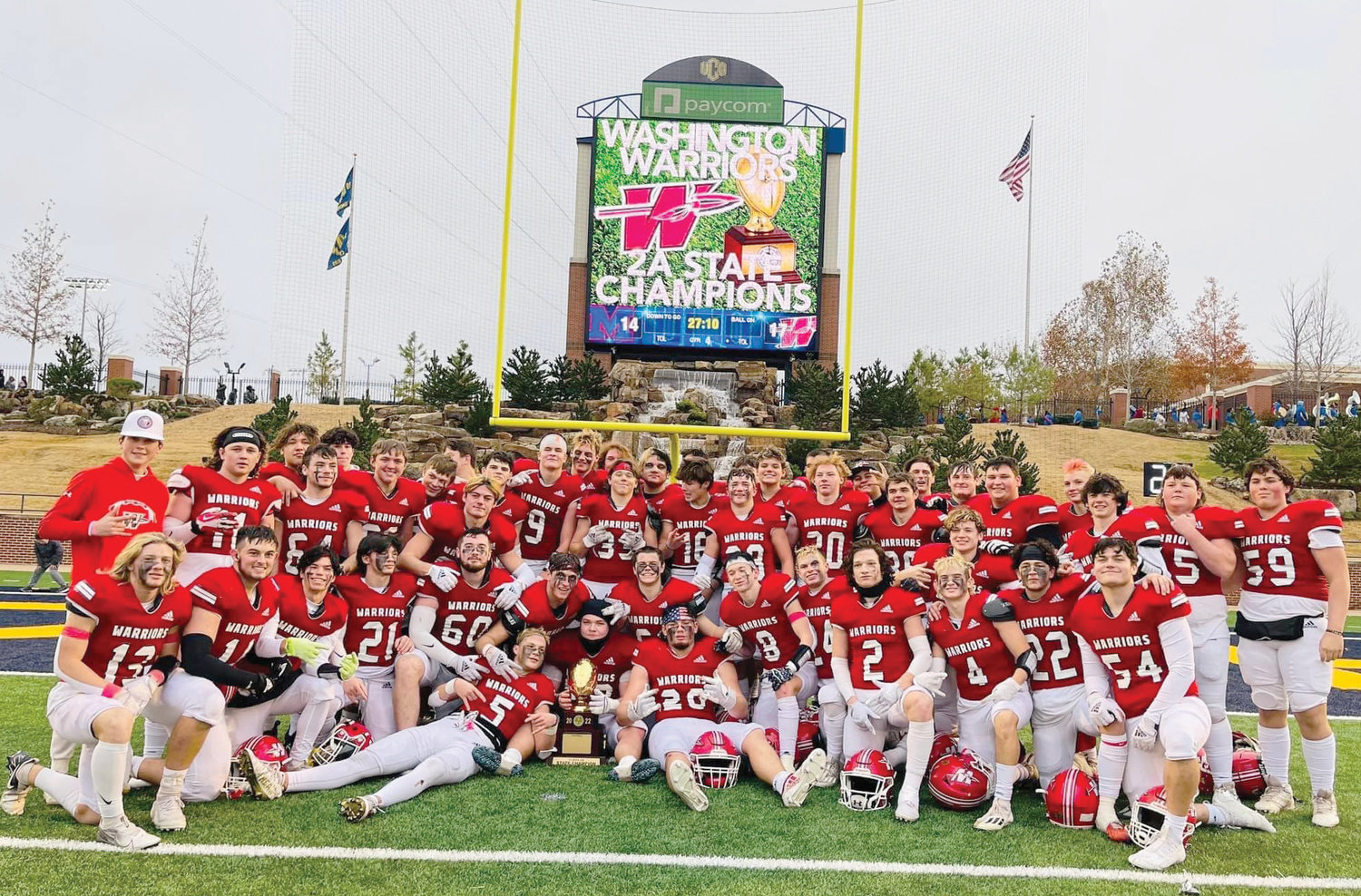 The 2022 Washington Warriors finished off a perfect 15-0 season with a 17-14 victory Saturday over Millwood at Chad Richison Stadium in Edmond on the campus of the University of Central Oklahoma.
Holli Brewer 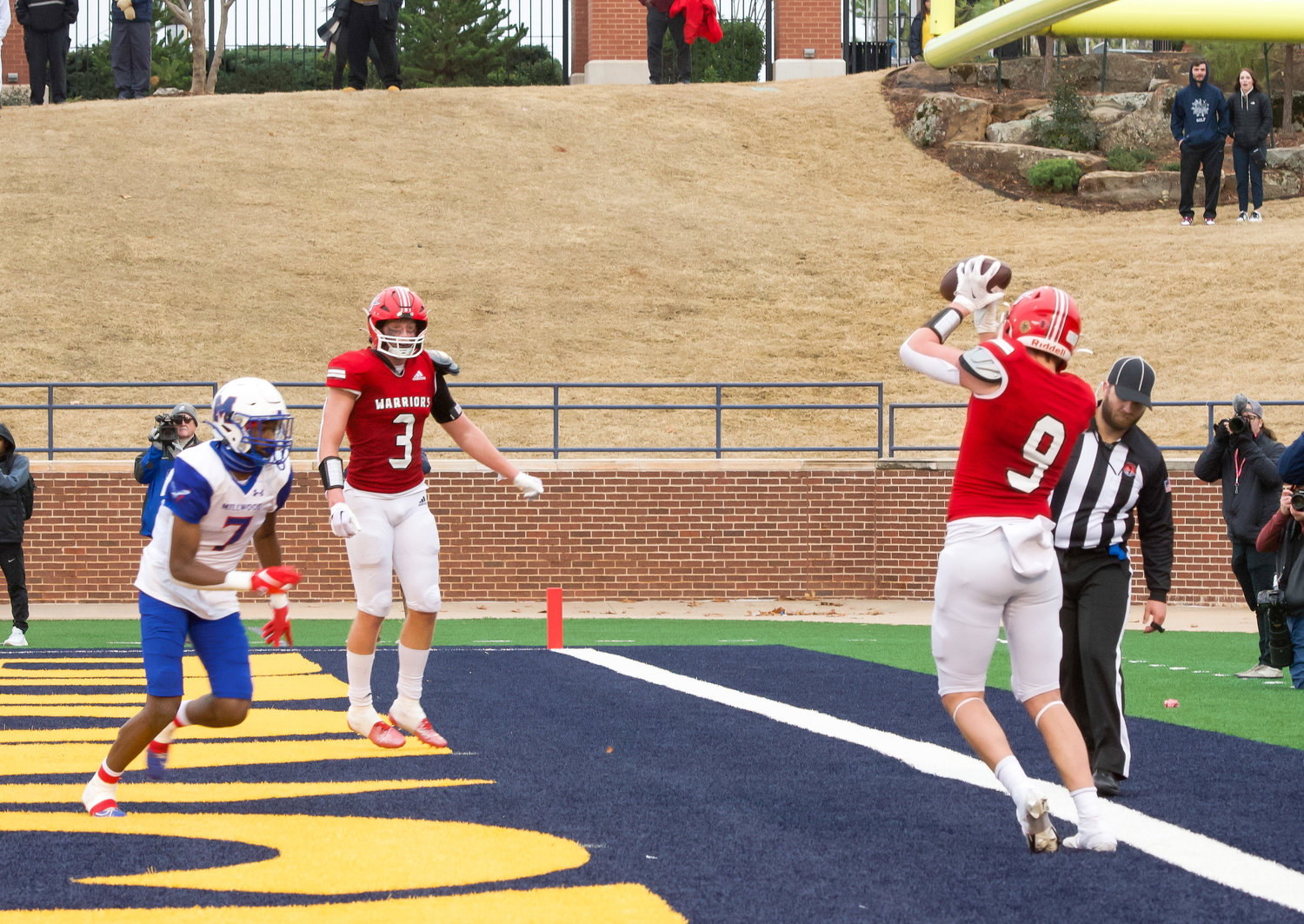 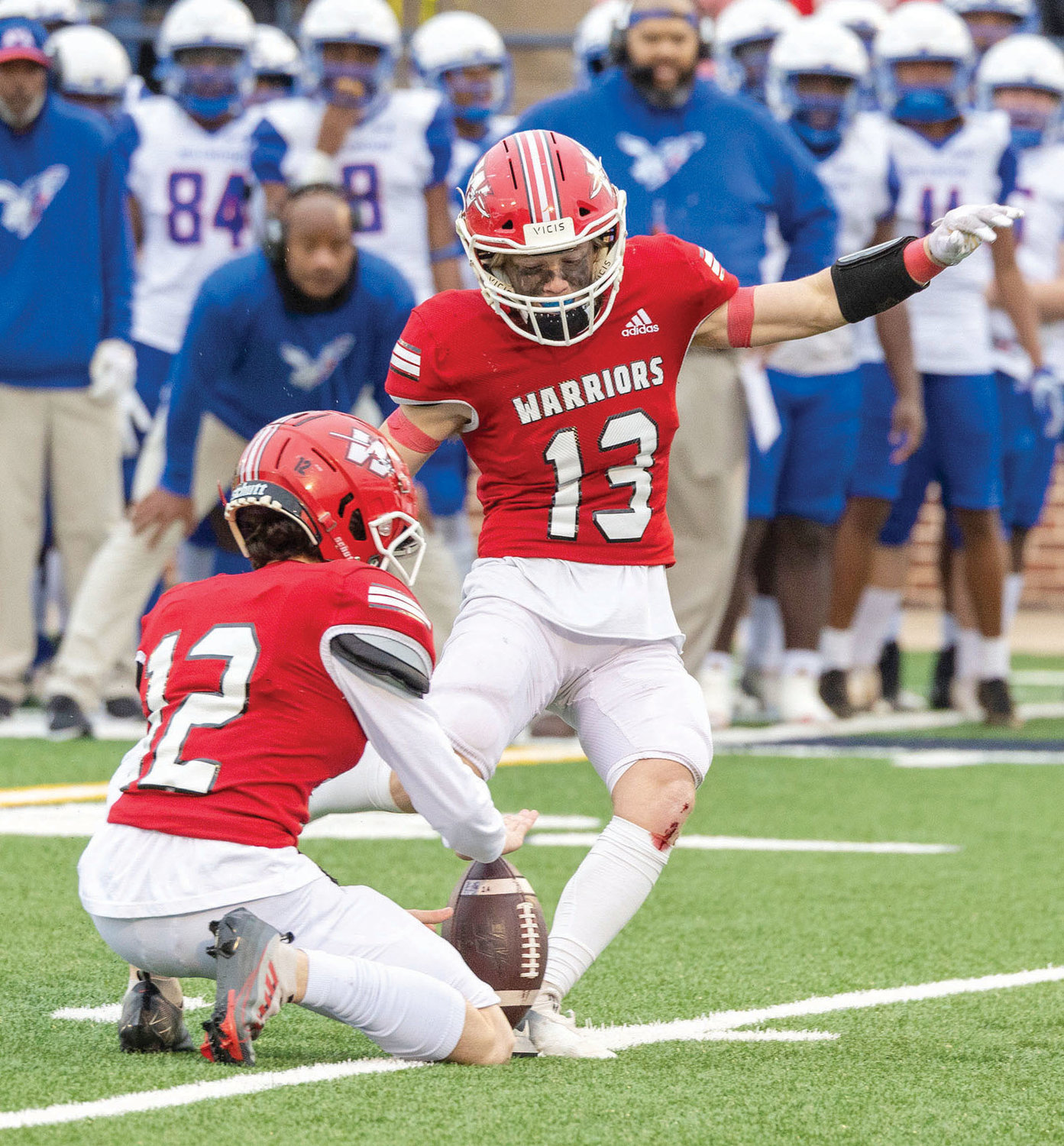 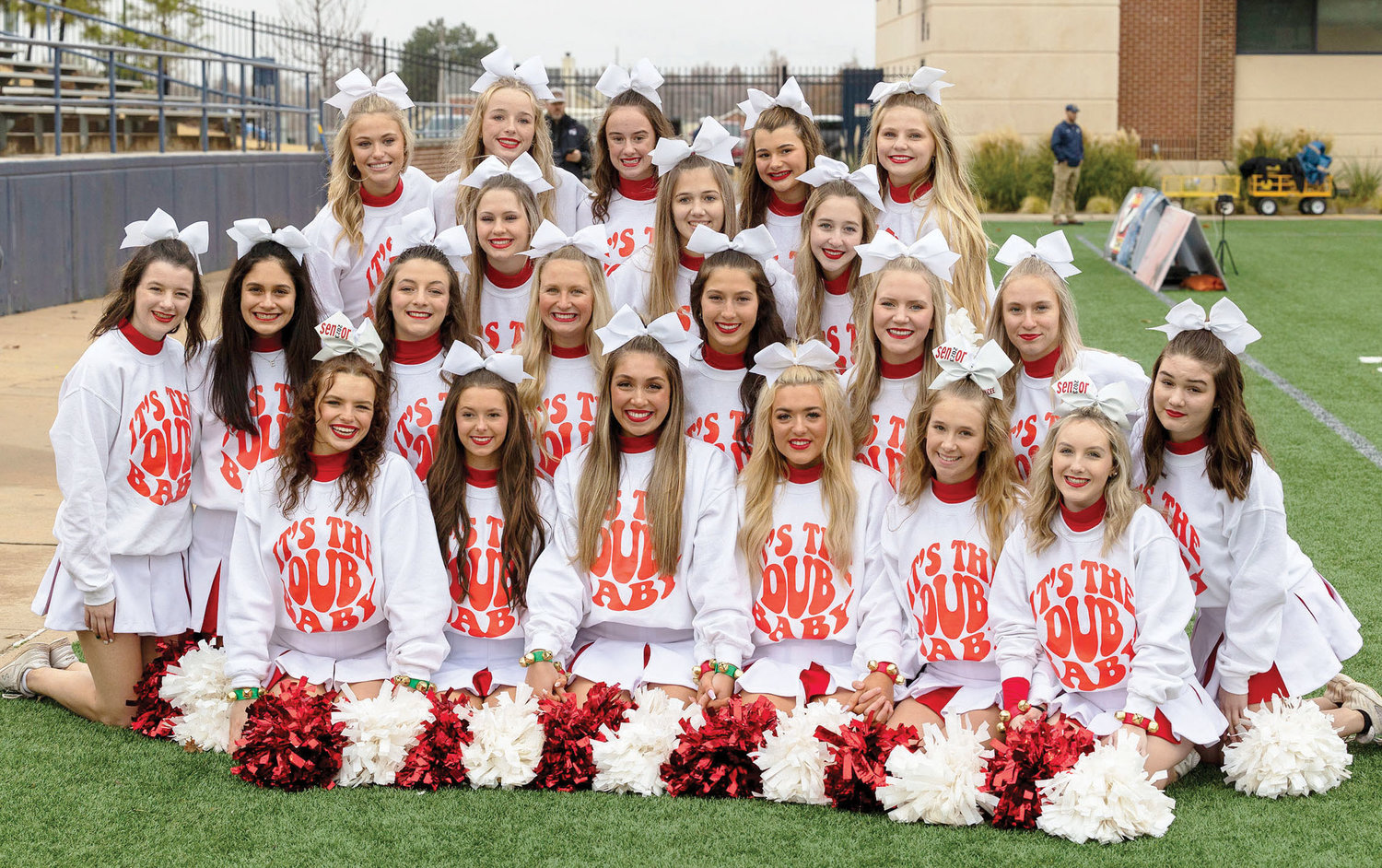 For three out of the last four seasons Washington’s football team has been a bridesmaid and not the bride.

But not this year.

The 26-year drought since the 1996 State Championship over Turpin was snapped like a twig last Saturday at UCO’s Richison Stadium with a thrilling 17-14 fourth quarter comeback victory over perennial power Millwood.

They did it with defense limiting the Falcons, who were averaging 49 points a game, to 54 yards rushing and 110 yards passing.

All season long the defense has been our most consistent group,” head coach Brad Beller said. “That defensive line of Hayden Milner, Naithen Spaulding, Nathan Rainey and Caleb Bruce dominated.

“And I’m proud of our defensive secondary as well. They had their best game led by JaxonHendrix. He had the game of his life,” Beller said of the senior safety. “It’s great that he can ride off into the sunset playing the best game of his career.

“Jaxon and our other safety Cole Beller and our two corners Tanner Olson and Marlon Moore had their hands full with some D1 receivers out there.”

Coming into the year only Hendrix had starting experience in the defensive backfield.

“For us to break in three guys to come in on the biggest stage was pretty impressive,” the coach said.

The defense kept the game close but Washington found itself trailing 14-7.

“We had only tried three field goals all year,” Beller said. “He made two of them including the one he’ll always be remembered for Saturday. That gave us the ability to take the lead. It was a crucial time with 11 minutes left when it looked very bleak if we were going to come back and win.”

The Warriors rode their offensive horse in running back Cole Scott for the entire game offensively.

Scott, who rushed the ball 34 times for 118 yards and a touchdown, “has been the engine behind our offense the last couple of years,” Beller said.

Scott, who scored the Warriors first touchdown on a two yard plunge in the first quarter, had some gaps caused by the offensive line but his hard running was noted by the head coach.

“He did a great job of running hard and earned every yard he made,” Beller said.

Cantrell had five carries for 50 yards and tossed the game-winnng eight yard touchdown pass to tight end Nate Roberts in the back of the end zone.”

“He just stood in there and made an unbelievable pass and Nate made a great catch. Two guys who don’t get a lot of the attention are Cage Morris and Cooper Alexander,” the coach said.

“They each had five receptions and helped us get into scoring position on both of our touchdown drives,” Beller noted.

The monkey off their backs.

“It was actually a gorilla,” Beller said with a chuckle. “We’d been so close for 26 years. You could definitely feel the energy from the crowd. I can’t thank the Warrior Nation enough for all the waiting and laboring and also understanding that this group has worked so hard for so long to get to their goal. We appreciate the fans for being there.”

Chad Richison Stadium was definitely weighted in favor of the Warriors. The fans rocked the stadium when the Warriors accepted the Gold Ball.

They were 53-4 during their career and made three State Championship appearances. They finished 29-0 at home and were undefeated in district play.

“For them to finish it off the way they did is something special,” Beller said.

The Warriors, who started the season as pre-season No. 1 went wire-to-wire, running the table to a perfect 15-0 season.

This year’s senior class was never ranked out of the top 5 in the state and put a cherry on top with this year’s State Championship.

Beller, who closed out his 13th season as head coach of the Warriors, is 135-35 at Washington.