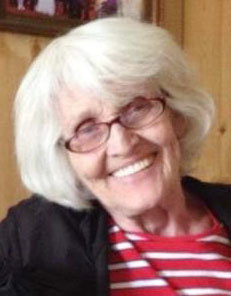 Twana Yvonne Francis passed away November 18, 2022, in Lexington, surrounded by her family at the age of 83 years 7 months 16 days. Funeral services were held Tuesday, November 22, 2022, at the Landmark Church in Purcell. Interment followed at Rosedale Cemetery in Rosedale, Oklahoma, entrusted to the care of Wadley’s Funeral Service. Online condolences may be made, and service livestreamed at www.wadleysfuneralservice.com.

Twana was born April 2, 1939, in Byars, Oklahoma, to Orval and Flossie Pierce Richardson. She spent most of her youth with her family, in Oklahoma, but in was in Memphis, Texas, where she met the love of her life, Jessie Franklin Francis, and they were wed on July 22, 1955. They were together 67 years until Jessie’s passing earlier this year.

Twana spent her life as a caregiver to her family, along with working in the fields, peach orchards, seamstress, and helping Jessie in the firewood business. Her passions were a good crossword puzzle, which she was phenomenal at, listening to music, and loving her children and grandchildren. Twana was very strong in her faith as a Pastor’s wife, and she was a preacher as well.

Twana was preceded in death by her parents, Flossie and Orval Richardson; her husband, Jessie Francis; her daughter, Patricia; her grandsons, Nicholas and Dean; and her siblings, Charles, Alvin and Kenneth.