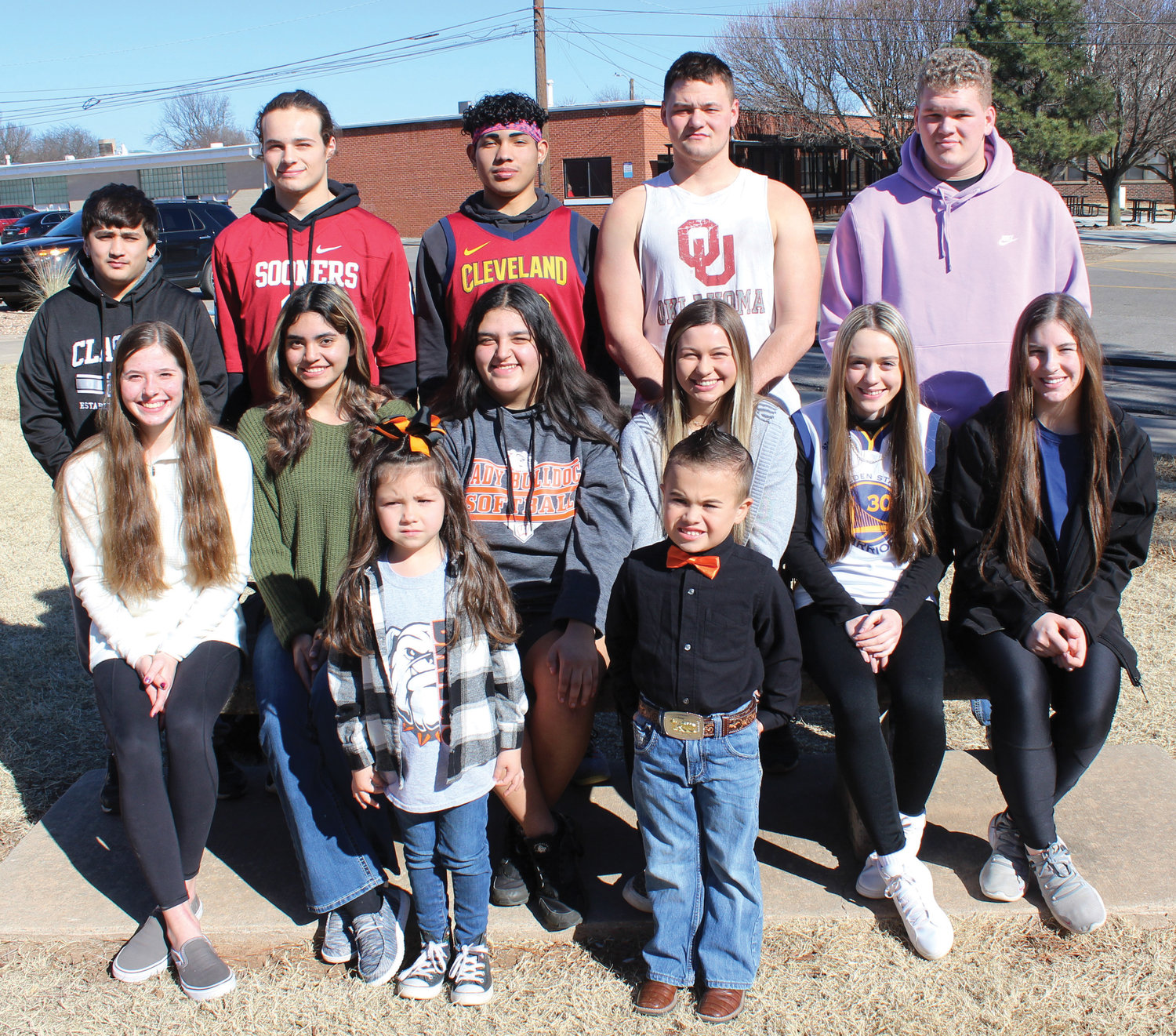 Friday will be the night when the home court becomes a royal court at Wayne High School.

The Bulldogs will take on the Konawa Tigers in a homecoming game following the 6 p.m. coronation of a queen and king.

The boys game at 6:30 p.m. will be followed by the Lady Bulldogs versus the Lady Tigers.

Four senior girls are in the running for queen. They are McKenzie Fisher, Lorensa Martinez, Haiden Parker and Mayce Trejo.

Junior attendant will be Kaylee Madden. Haylee Durrence will be the sophomore attendant.

Fisher, 17, is a member of the National and Oklahoma Honor Societies. She is on the superintendent’s and principal’s honor rolls and is senior class favorite. In addition to basketball, she plays fast- and slow-pitch softball. She was offensive player of the year in basketball. She is the daughter of Harvey and Laura Fisher.

Martinez, 17, is a member of National Honor Society and is a Bulldog Pride Award recipient. She is both offensive and defensive player of the year in basketball. She is also a member of Book Club. Her parents are Rafaela and Rogelio Martinez.

Parker, 17, is a National Honor Society member and is on the principal’s honor roll. In addition to basketball, she plays fast- and slow-pitch softball and is All-Conference in fast-pitch. She was the football homecoming queen in the fall and is also Miss WHS. She is a member of Book Club. Her parents are Doug and Shauna Parker.

Trejo, 18, plays basketball, fast- and slow-pitch softball. She is the recipient of a Bulldog Pride Award and is Most Improved Player. She is a member of National Honor Society and Book Club.  Her mother is Janice Trejo.

Durrence, 16, is Student Council vice president and is a member of Book Club. She plays fast- and slow-pitch softball and basketball and is a water girl for the football team. She is on the superintendent’s honor roll. She is All-Conference in softball and is the recipient of a Bulldog Pride Award. She is the daughter of Jeanne and Charles Durrence.

Lee, 18, plays basketball, football and baseball. He was most valuable pitcher in 2018-19 and had the highest batting average in 2020-21. That same year he was outstanding lineman and in 2021-22, he was All-District Lineman of the Year. He is a Bulldog Pride Award recipient. He is the son of Gracie and Michael Lee.

Lewelling, 18, has a long list of sports accomplishments, including Little All-City and Most Valuable Player. He has 18 times been Player of the Week, twice All-State honorable mention and three times Defensive Player of the Year and Rebounder of the Year. His parents are Dee Embry and Rowdy Lewelling.

Mullins, 19, is a member of National Honor Society. He plays football, basketball and baseball. He was Wayne’s football homecoming king in 2021. He is the Heart of Oklahoma Player of the Year, as well as leading rusher in the state. He was first team in Little City and Most Valuable Offensive Player. He also won a Golden Glove in baseball. His parents are Amber Deason and Lawrence Mullins.

Perez, 19, plays basketball, football and baseball. He is the son of Jessica Perez and Maria and Harold Esparza.

Sampson, 19, participates in track and plays football and basketball. He is recognized as “Best Team” in basketball. His parents are Alanna and Jeff Fixico.

Rounding out the royal court are kindergartners Hayslee Smith and Legend Adkins.

Hayslee, 5, will be the flower girl. She dances at SCDance in Ardmore and enjoys playing with dolls, Legos and video games. She is the daughter of Marlee Smith.

The crown bearer, Legend, is 6. He loves electronics, cooking, Legos and all things Star Wars. His parents are Gus and Brittany Adkins.