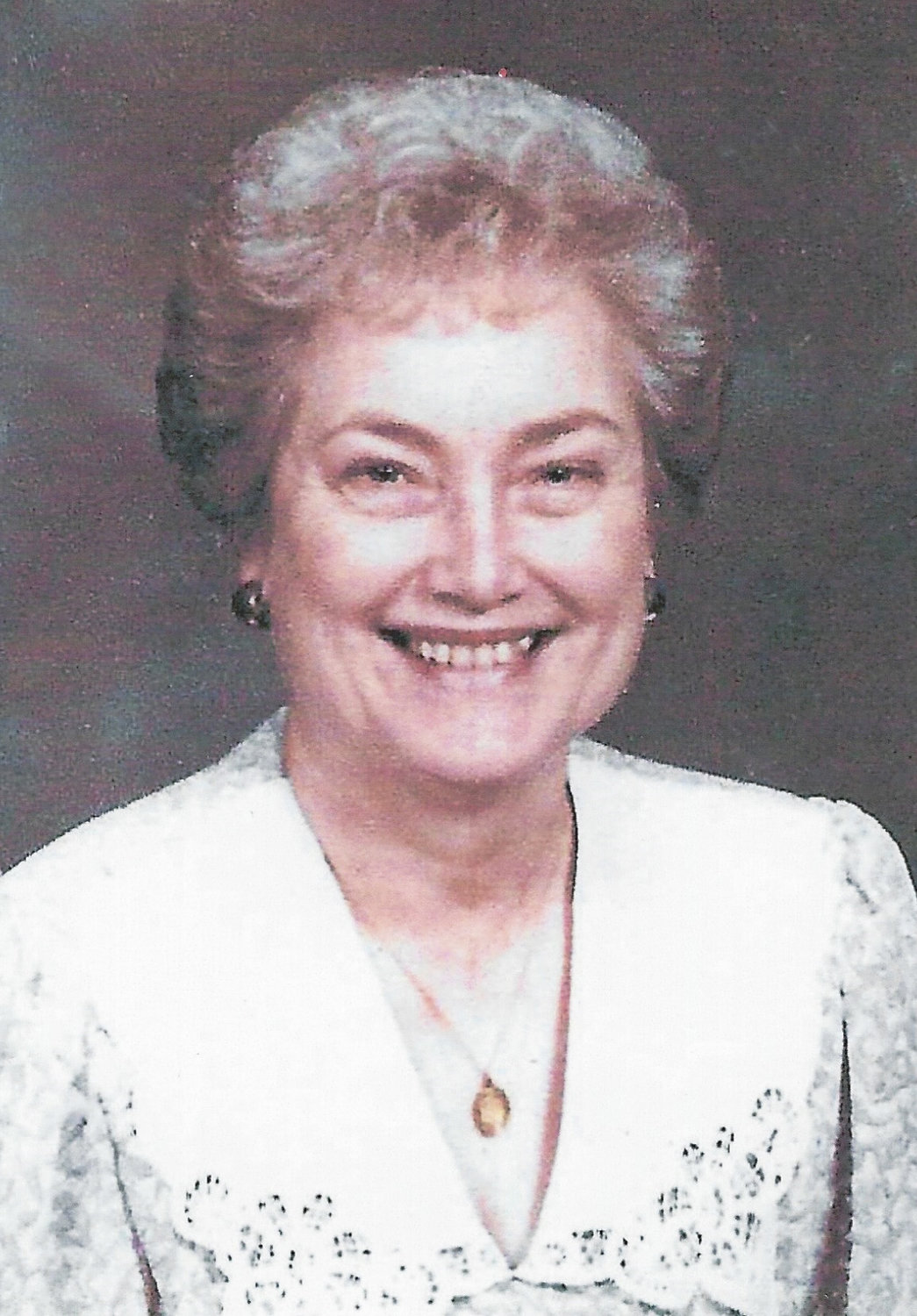 Gloria moved frequently all of her life.  She lived in Mt. View, Okla., Carnegie, Okla., and Beaumont, Texas. Then at the end of the first semester of her sophomore year, she moved to Oklahoma City, Okla., where she attended Capitol Hill High School through her Senior year. Gloria graduated high school in 1948.

Gloria and John Welch were united in marriage October 30, 1948, and would have been married 72 years in 2020, when John passed away. Gloria and John had five children, Kathie Lynn Hood, Jane Ellen Bagerian, Jerry Bob Welch, and twin sons who passed away after living just a few hours.

Throughout John and Gloria’s married life they lived in Oklahoma City, Spencer, and then Dallas, Texas. Then John served pastoral appointments at Pond Creek, Maysville, Pryor, McAlester, Clinton, and Altus before moving to Bartlesville for 8 years where John served as District Supt. and Gloria served as his secretary and office manager. Even though it was not a paying job, Gloria typed hundreds of sermons and bulletins over the many years.

Gloria worked at Southwestern Bell, Clinton Chamber of Commerce, and the Oklahoma Highway Patrol to name a few jobs thoughout the years. Gloria and John retired and moved to Norman where they lived and attended McFarlin United Methodist Church until her health required her to move to Purcell closer to family and then to Lexington Nursing Home where she lived until her passing. Gloria loved being a minister’s wife and enjoyed the many clubs that she was a member of throughout the years.

Funeral services will be held at 2 p.m. Friday, December 2, 2022 at the First United Methodist Church, Maysville, Okla., under the direction of John W. Williams of Winans Funeral Home, Maysville. Words of comfort may be send to the family at www.winansfuneralhome.com.