18 of the most expensive celebrity engagement rings of all time

Stacker compiled a collection of 18 images of the most expensive celebrity engagement rings of all time. 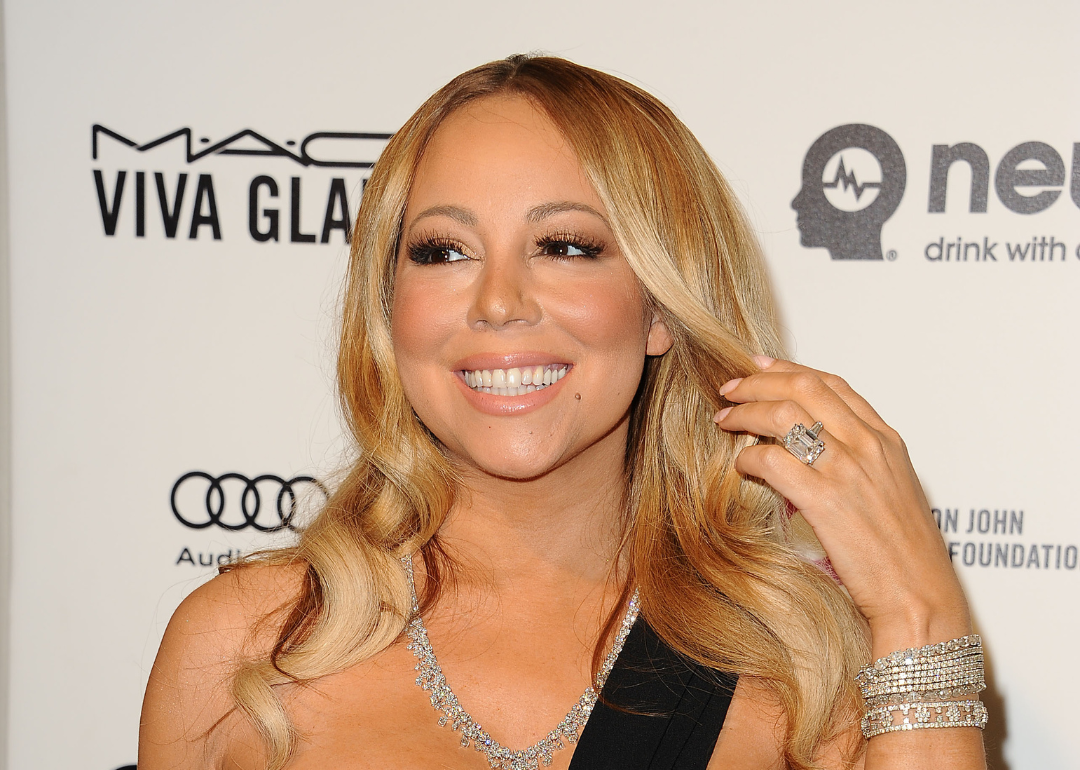 Elizabeth Taylor arguably knew more about being engaged than any other celebrity in Hollywood. The "Cleopatra" actress said "yes!" a whopping 10 times throughout her lifetime. Those proposals came with a wide variety of rings (and other jewelry, as neither Eddie Fisher nor Richard Burton had a ring when they got down on one knee), but there's one sparkler that stands above all the rest.

When film producer Mike Todd popped the question to the then-24-year-old Taylor, he did so with a 29.4-carat emerald-cut diamond that the actress lovingly referred to as her "ice skating rink." The couple's marriage was short-lived—as Todd died a year later in a plane crash—but Taylor wore the ring for years even though it wasn't the biggest nor most expensive ring in her collection (that honor lies with the 33.19-carat ring Burton bought for her in 1968, which was later auctioned off in 2011 for $8.8 million).

Taylor isn't the only actress to be proposed to with impressive bling from a fiance. When ranked by their cost at the time of the proposal, none of her rings even cracked this list. Below, Stacker compiled 18 of the most expensive celebrity engagement rings of all time, ranked using the net worth at the moment of the proposal (or marriage when the proposal date isn't available) and also looked at the inflation-adjusted price, which changes significantly from the original price in the case of older rings.

From Kourtney Kardashian's extravagant ring from Travis Barker to one lucky lady who was gifted a $10 million ring from her very wealthy man, these gorgeous rings (and their price tags) are sure to blow your mind.

You may also like: The most famous actress born the same year as you 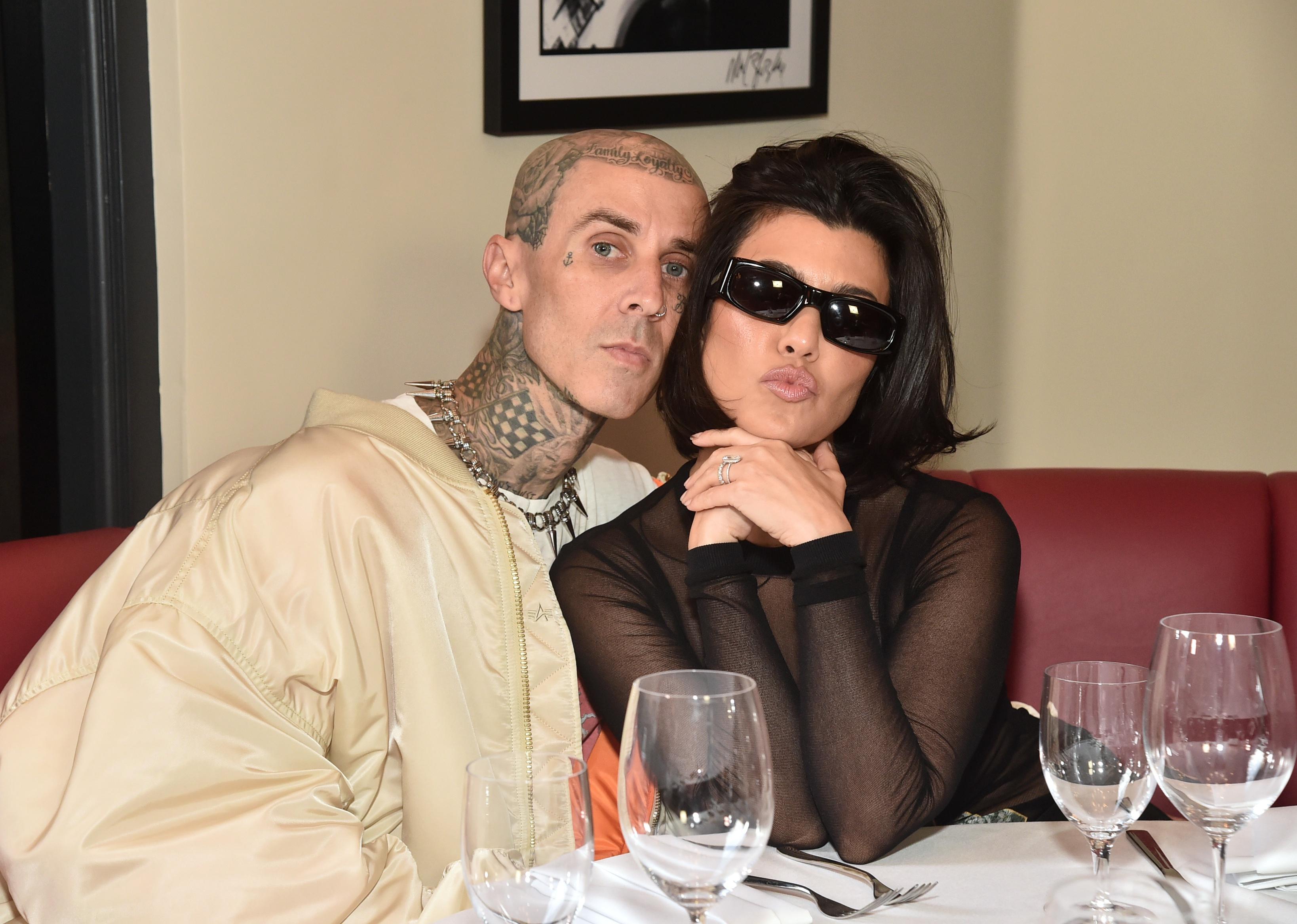 Kourtney Kardashian has hardly been spotted without her oval-cut ring since she became engaged to Travis Barker at the end of 2021. Still, on a 2022 episode of "The Kardashians," she revealed she hadn't been wearing it for a while because she accidentally broke it. The eldest Kardashian sister explained to momager Kris Jenner that she had stepped on the ring and ruined the band. Kardashian added that she had "a nervous breakdown" when telling her fiance what happened to the ring he'd designed with Lorraine Schwartz. 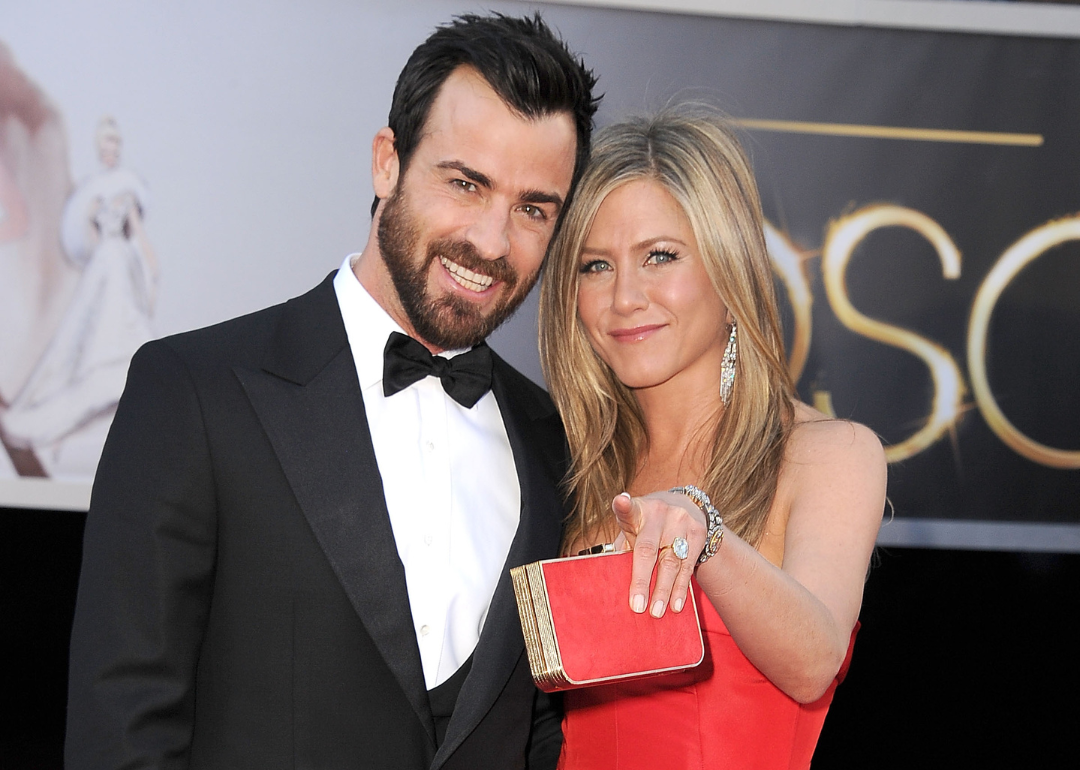 When Justin Theroux proposed to Jennifer Aniston after more than a year of dating, he did so with a giant, rectangular diamond. The actress told The New York Times that the ring "took a little getting used to" thanks to its size. She also made it clear that while "he had rocked it" with his selection, it wasn't necessarily what she would have chosen for herself. "I'm not a diamond girl," she said. "I'm more Indian jewelry and stuff." 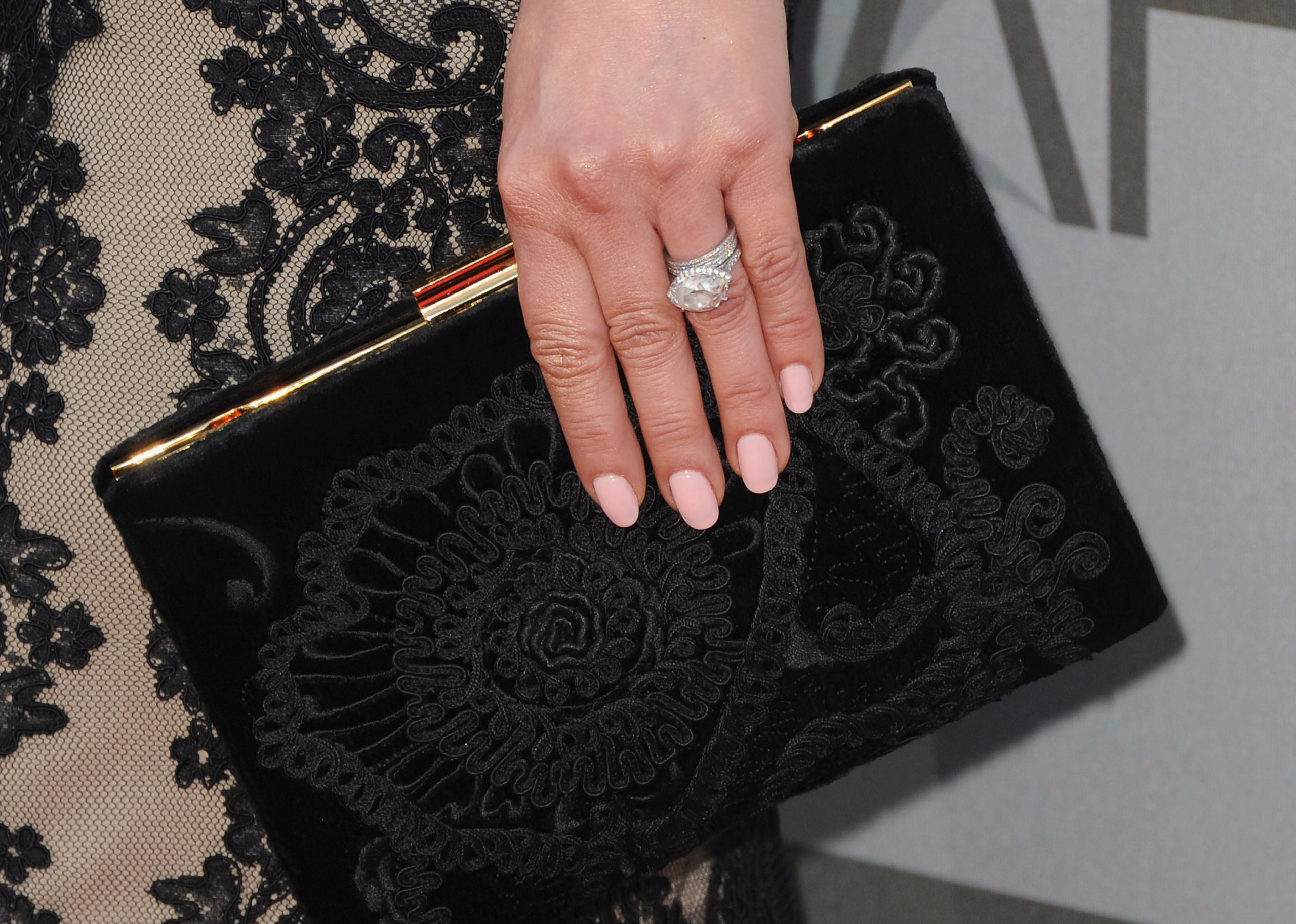 Catherine Zeta-Jones is another celebrity boasting a unique engagement ring, a 10-carat marquise-cut sparkler surrounded by a halo of 28 smaller diamonds. Unlike other Hollywood bigwigs, the actress has never upgraded her ring for a bigger or trendier style, preferring to keep the bauble Michael Douglas proposed with back in 1999. 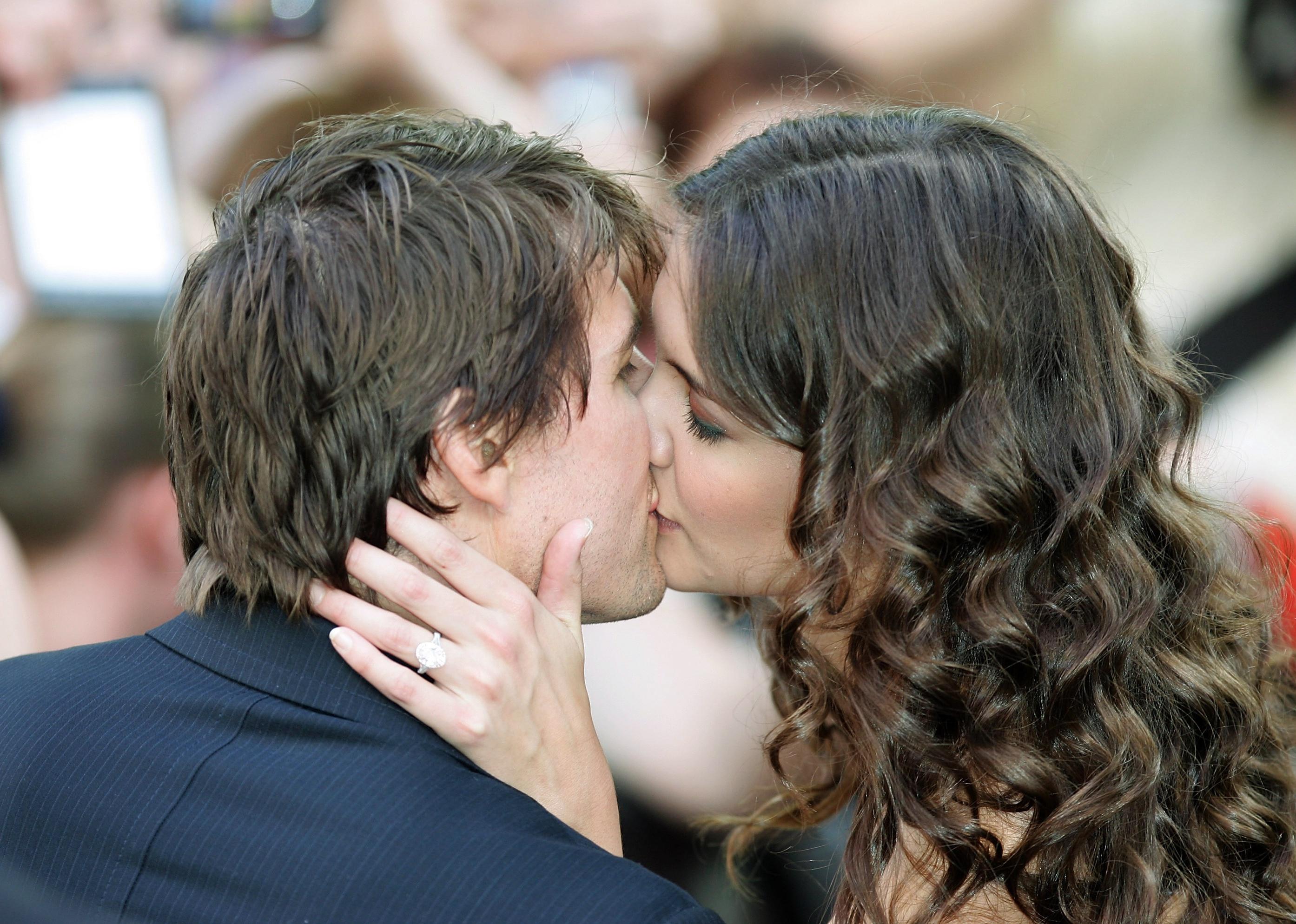 Over the years, there's been a lot of speculation about whether Katie Holmes and Tom Cruise's marriage was a love match or a publicity (or even religious) match. But what no one has ever questioned is how gorgeous Holmes' engagement ring was. Fred Leighton reportedly designed the five-carat oval diamond ring. 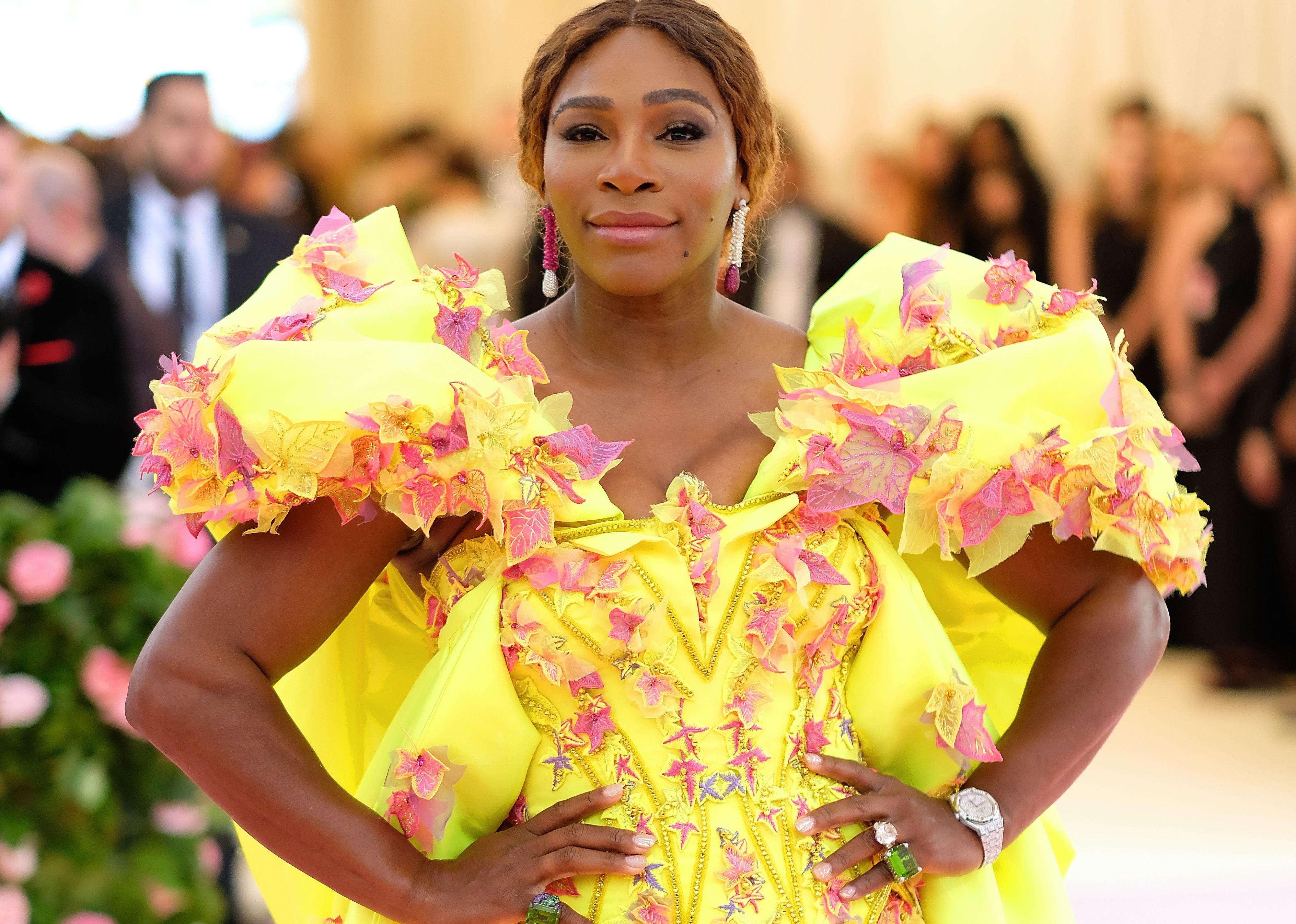 Serena Williams and Alexis Ohanian's entire relationship has been something of a fairy tale. From a chance encounter over breakfast in a Roman hotel to an elaborate proposal where they first met to their over-the-top wedding, every bit of their love story has seemed charmed. It's fitting then that Williams' engagement ring would be meant for a princess—a 12-carat emerald-cut diamond flanked by smaller, brilliantly cut stones. 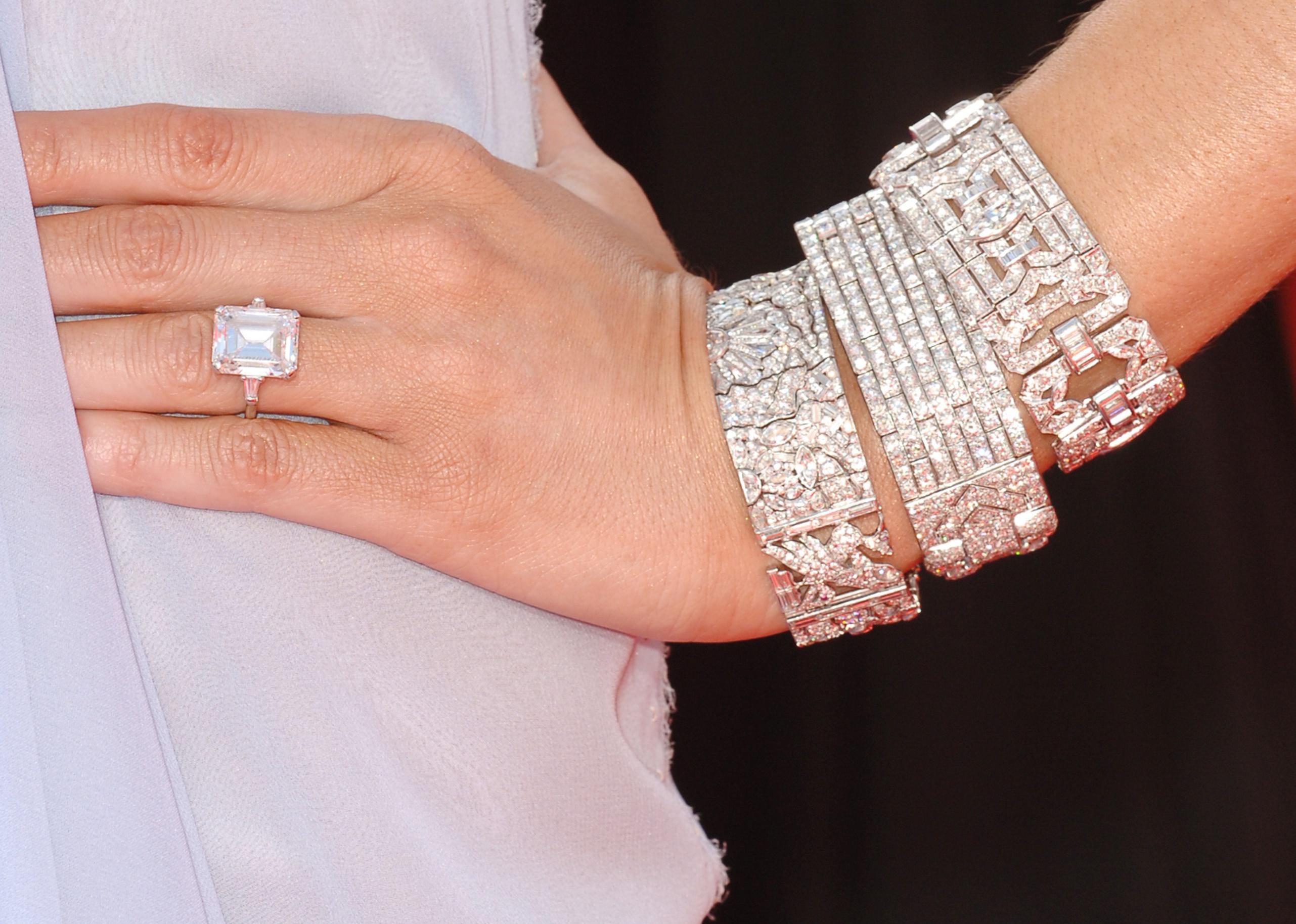 It's rare to see Melania Trump wearing the 15-carat, emerald-cut engagement ring Donald Trump used to pop the question to her in 2004. These days, she favors the 25-carat sparkler he gave her as a 10th-anniversary gift (she even wore it in her official White House portrait). According to the former president, he got the original ring at half the price, though the jewelers dispute this. 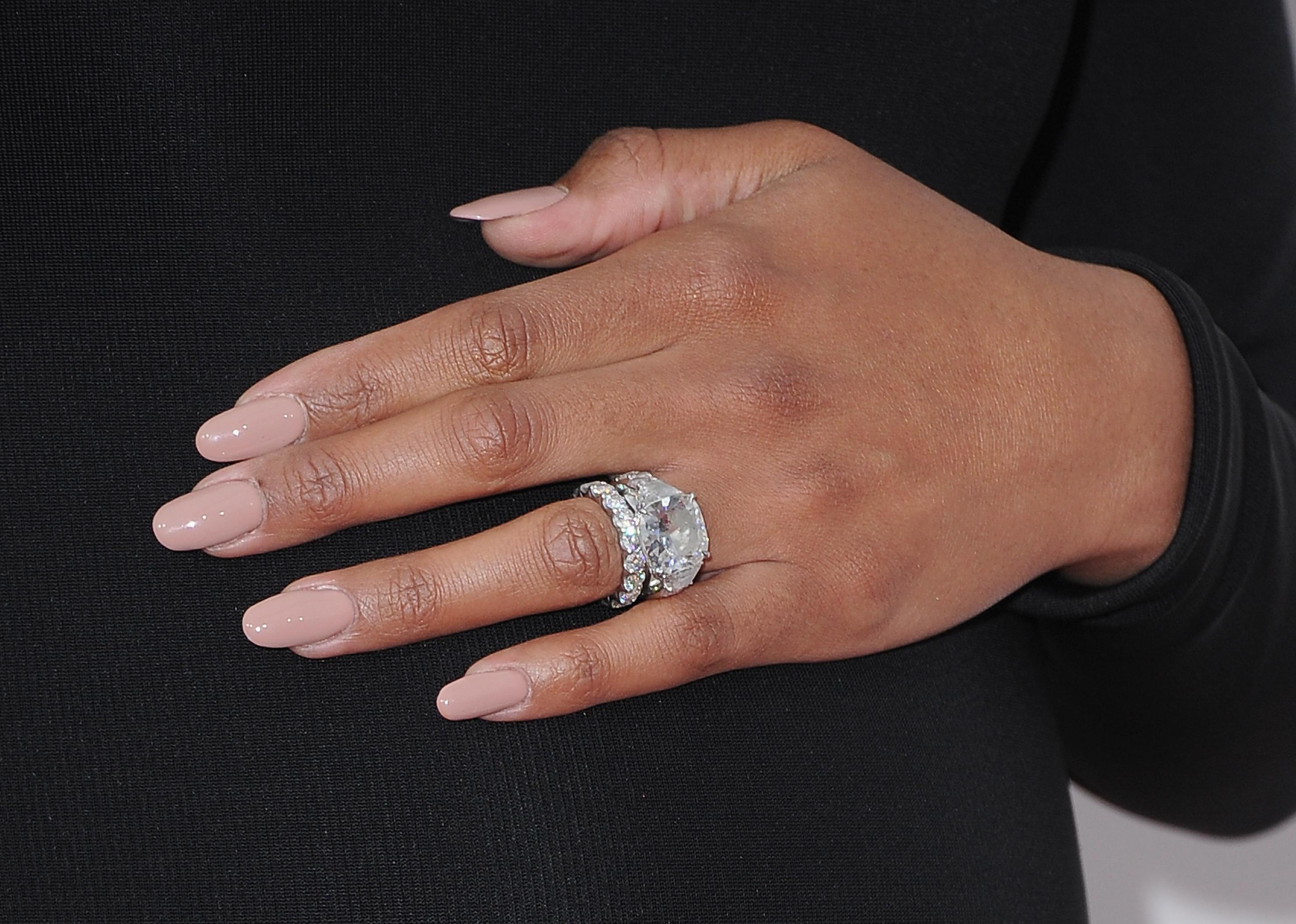 On the other hand, pop star Ciara and her husband, NFL player Russell Wilson, have never been ones to keep their love quiet. Her massive engagement ring is perfect proof of that. The circular 16-carat center stone has been described by a jeweler as "extraordinary" in clarity and color and framed by trapezoid- and pear-shaped diamonds. 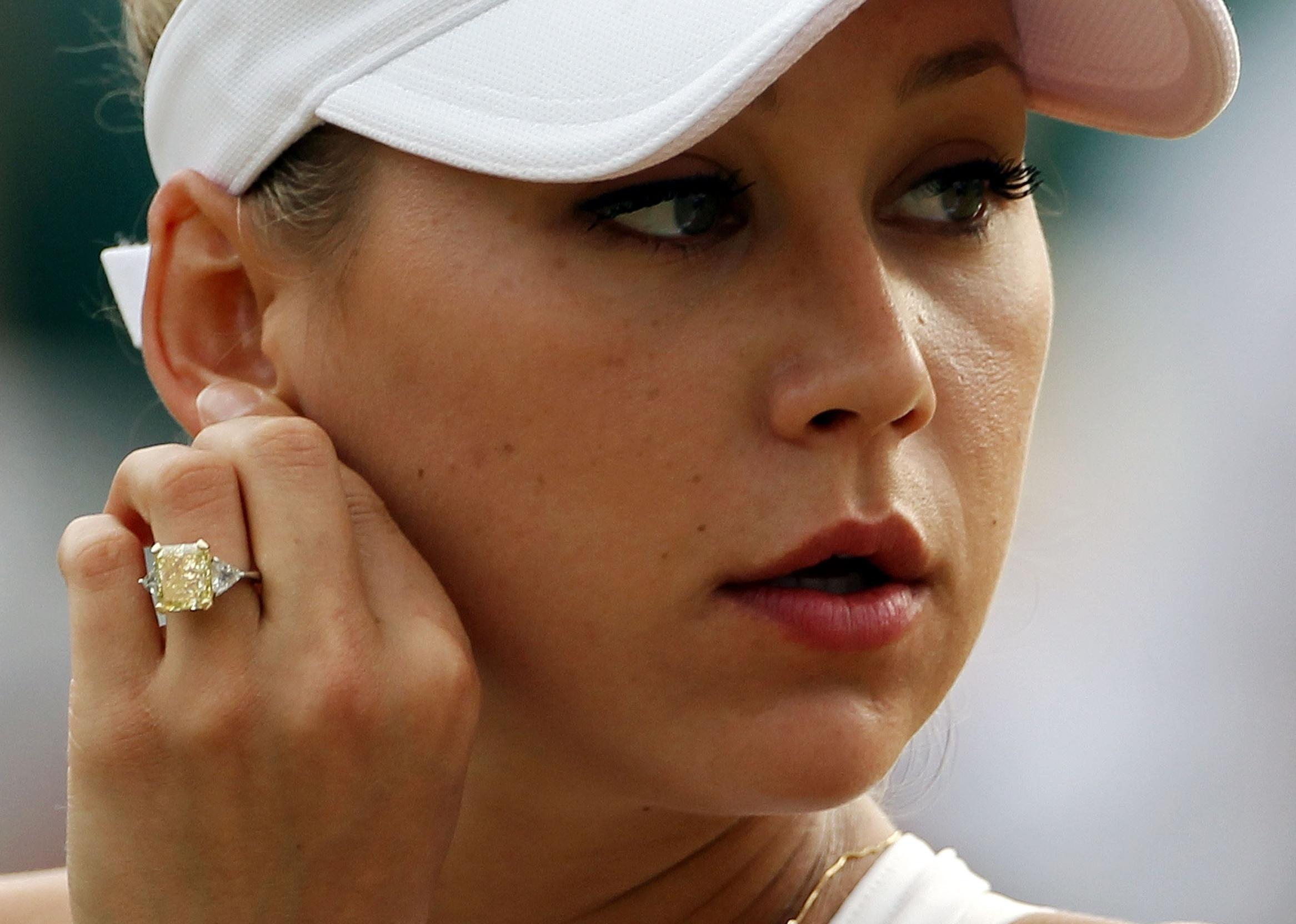 Anna Kournikova and Enrique Iglesias are one of the most private couples in Hollywood. They're so secretive about their personal lives that in the 20 years they've spent together, neither has ever publicly confirmed whether or not they're engaged or married. However, the Russian tennis player has been spotted with a radiant-cut yellow diamond (and an eternity diamond wedding band) on a specific finger enough times that we have to assume they've taken that next step. 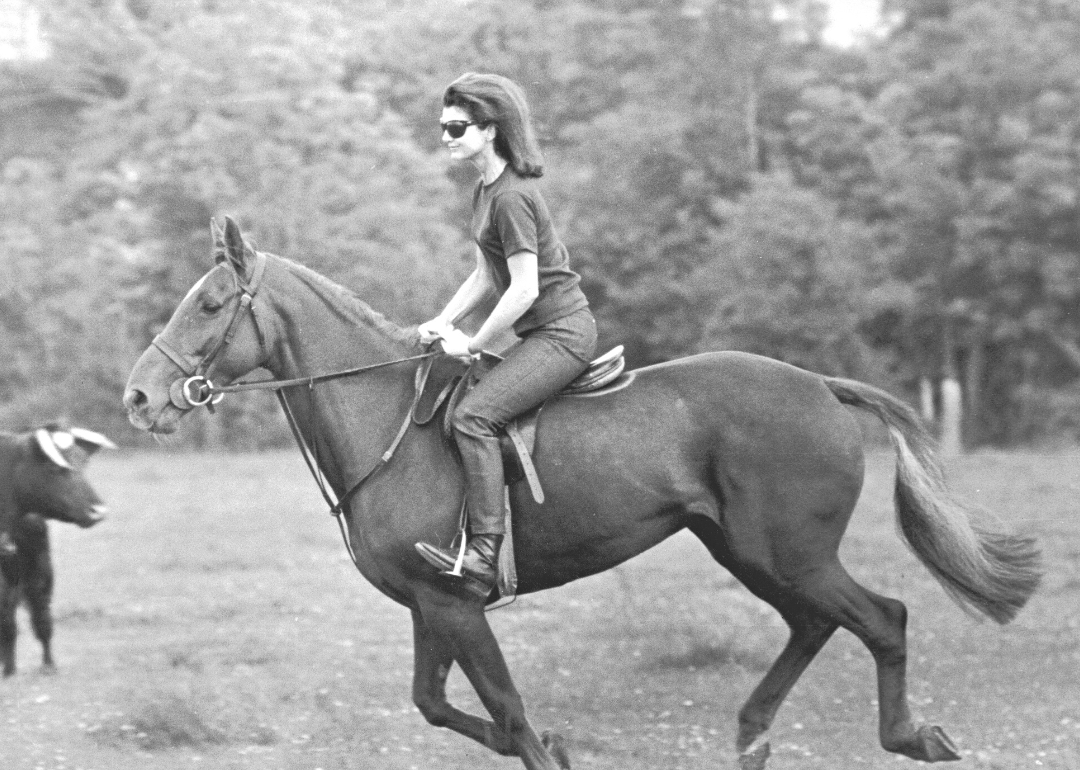 The ring that Greek shipping magnate Aristotle Onassis proposed to Jackie Kennedy with was a massive marquise-cut diamond from Harry Winston. One of just 16 pieces cut from the 601-carat Lesotho diamond (found in South Africa), the bauble was considered so priceless Jackie only wore it twice before locking it away in her bank vault. 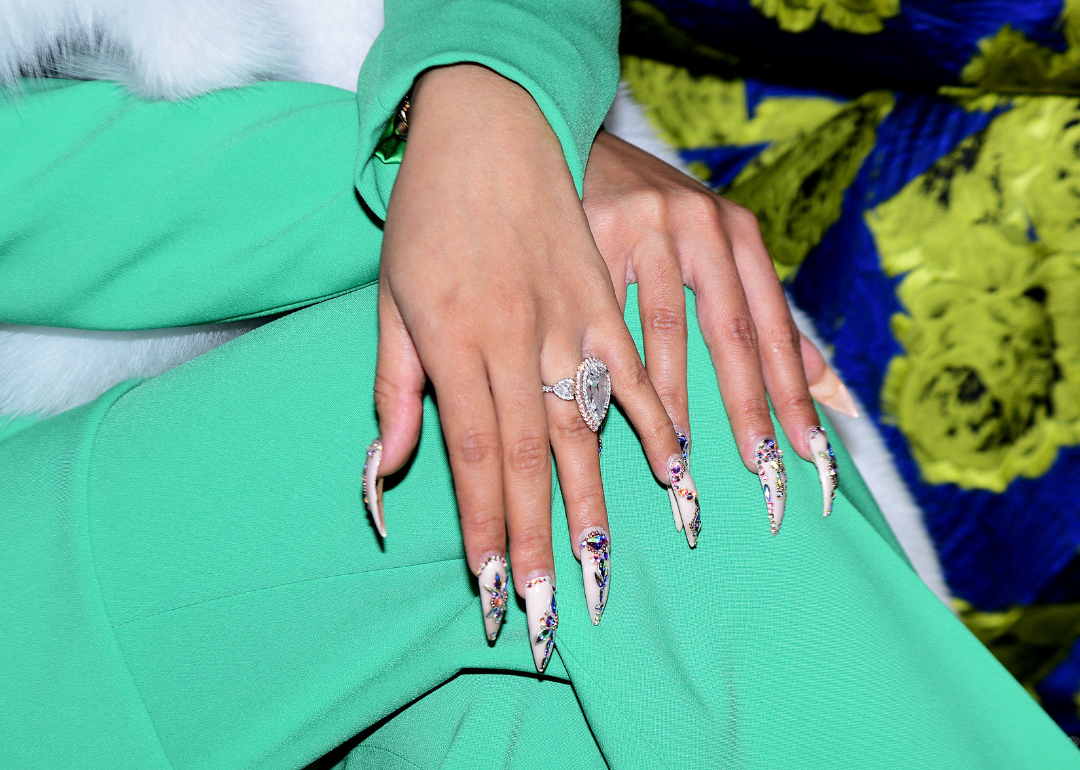 When Offset stopped a Philadelphia concert to propose to Cardi B in 2017, he chose a ring that everyone in the arena could see without the help of the big screens—an 8-carat, pear-shaped diamond. While the ring is truly stunning, it is probably not the biggest piece of jewelry the rapper has gifted his wife. For her 27th birthday in 2019, he gave her a massive heart-shaped ring set with a center stone nicknamed the "Titanic Diamond," rumored to clock in at 100 carats. 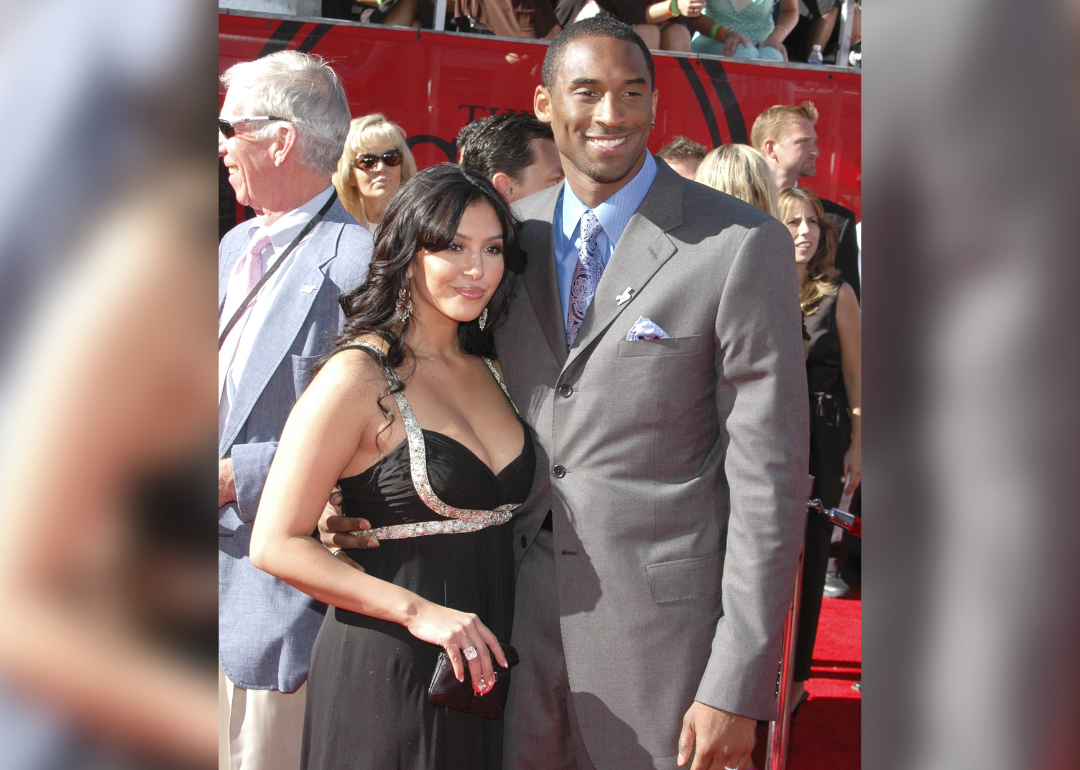 In 2003, just two years after they tied the knot, Vanessa and Kobe Bryant found themselves in the middle of a scandal when it came out that the NBA player had been unfaithful. Despite the drama and a charge of felony sexual assault, the pair made it clear they'd be sticking by one another. Kobe even went so far as to purchase his wife a "second engagement ring." The sparkler, crafted by the same jeweler who made the couple's wedding bands, was much bigger than Vanessa's original engagement ring and comprised eight carats' worth of colored diamonds. 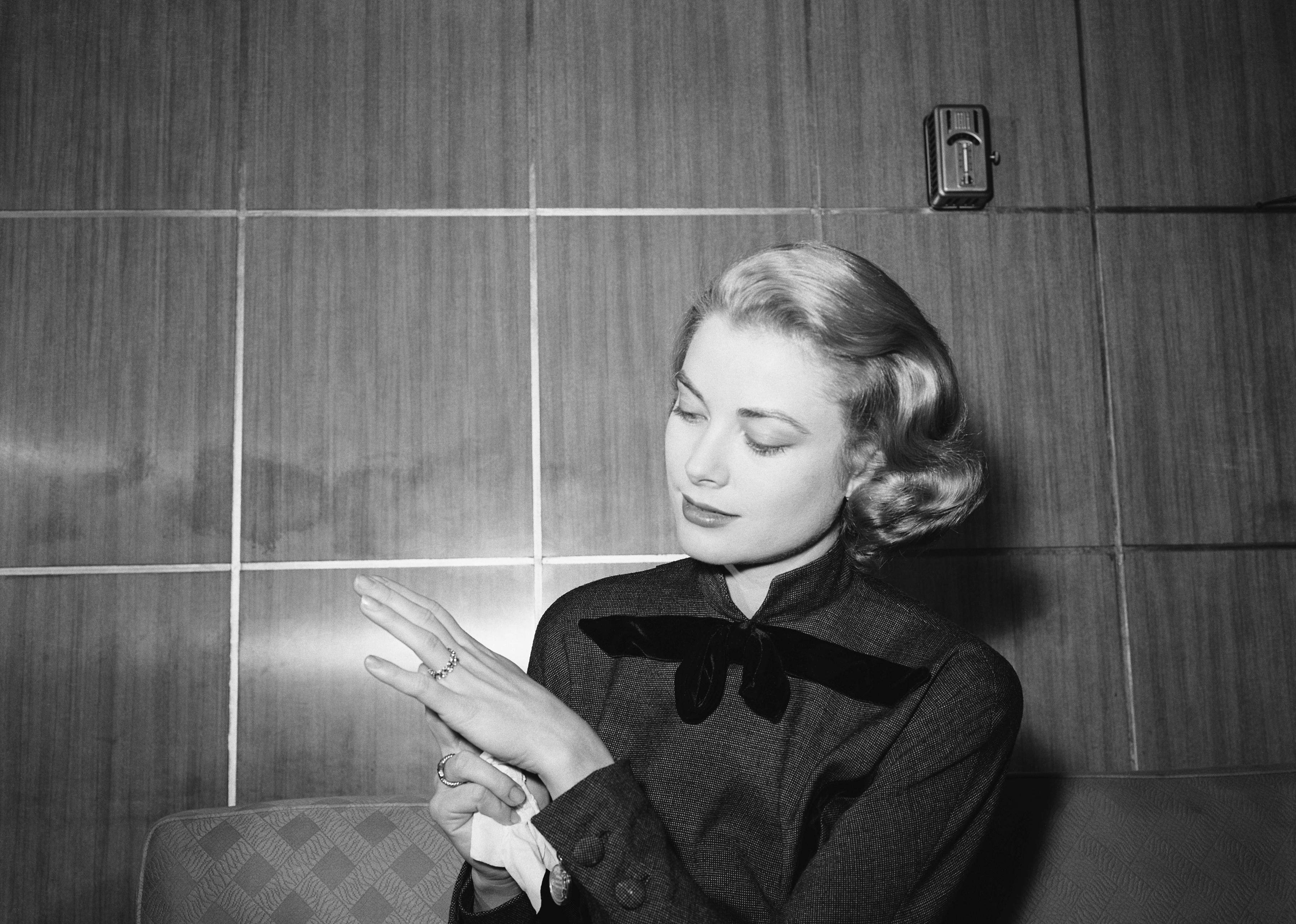 Actress-turned-princess Grace Kelly received two engagement rings from her fiance, Prince Rainier III of Monaco. The first (pictured here) was the one Prince Rainier got down on one knee with—an eternity band comprising heirloom diamonds and rubies chosen to mirror the country's flag. The second ring, a massive emerald-cut diamond designed by Cartier, was purchased by the prince for his bride when the actress needed a flashy ring to play a wealthy socialite for the filming of "High Society." 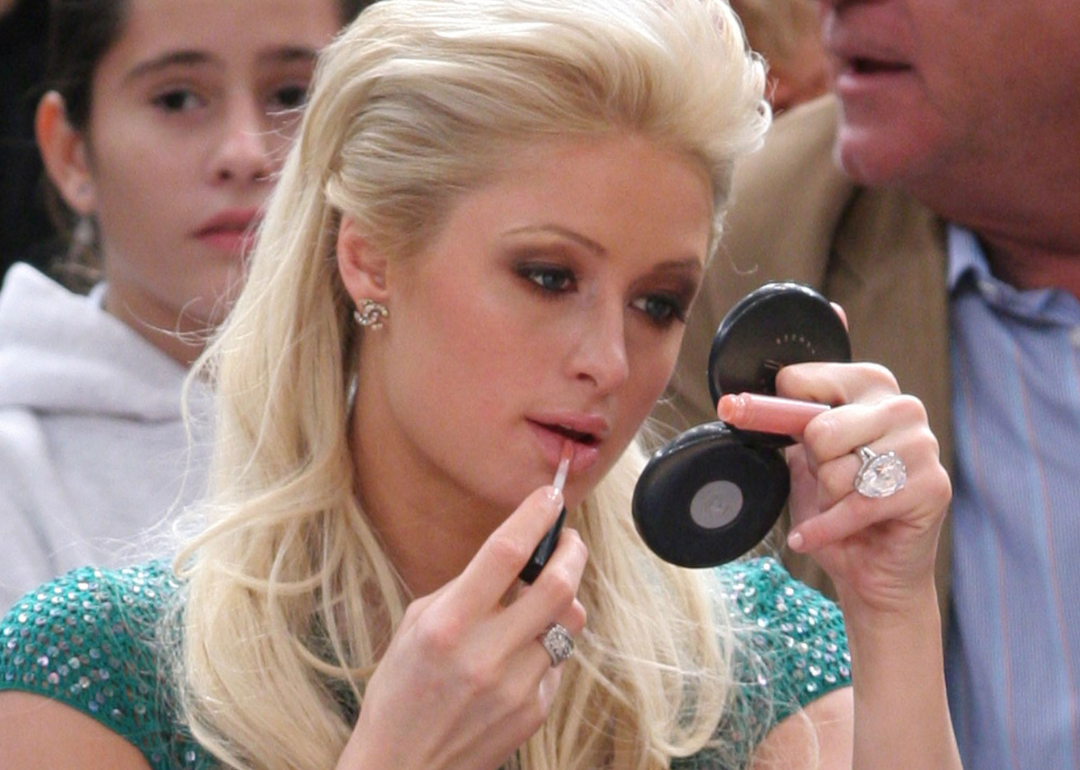 When Greek shipping heir Paris Latsis proposed to Paris Hilton in 2005, he reportedly did so with 15 different rings from world-class jewelers like Tiffany & Co. and Harry Winston. After selecting the 24-carat sparkler, she famously complained that it was "too heavy" to wear every day; this factor must have played into her decision to auction off the ring in support of Hurricane Katrina victims following her split from Latsis. 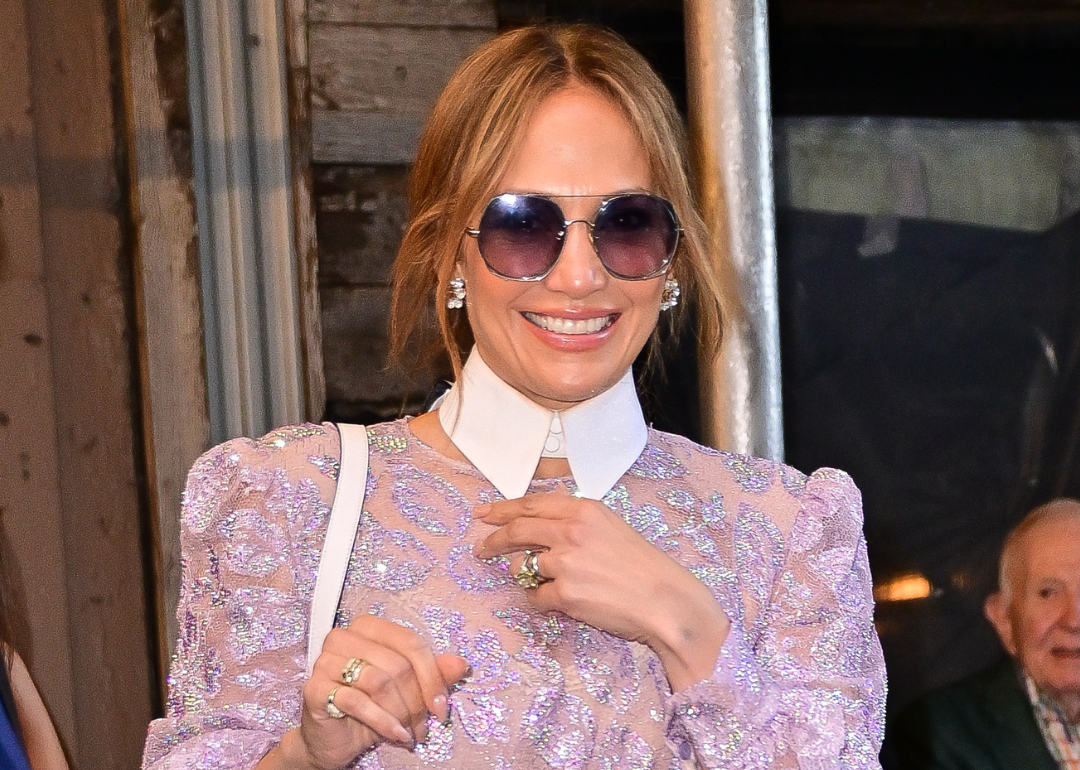 Both times Ben Affleck proposed to Jennifer Lopez, he did so with colored stones. The first time, in 2002, he gave her a 6.1-carat pink diamond from Harry Winston. This time, 20 years later, he popped the question with an extremely rare green diamond (according to Page Six, less than 0.1% of natural diamonds have this color). The shade is special to the musician, who considers it her lucky color. 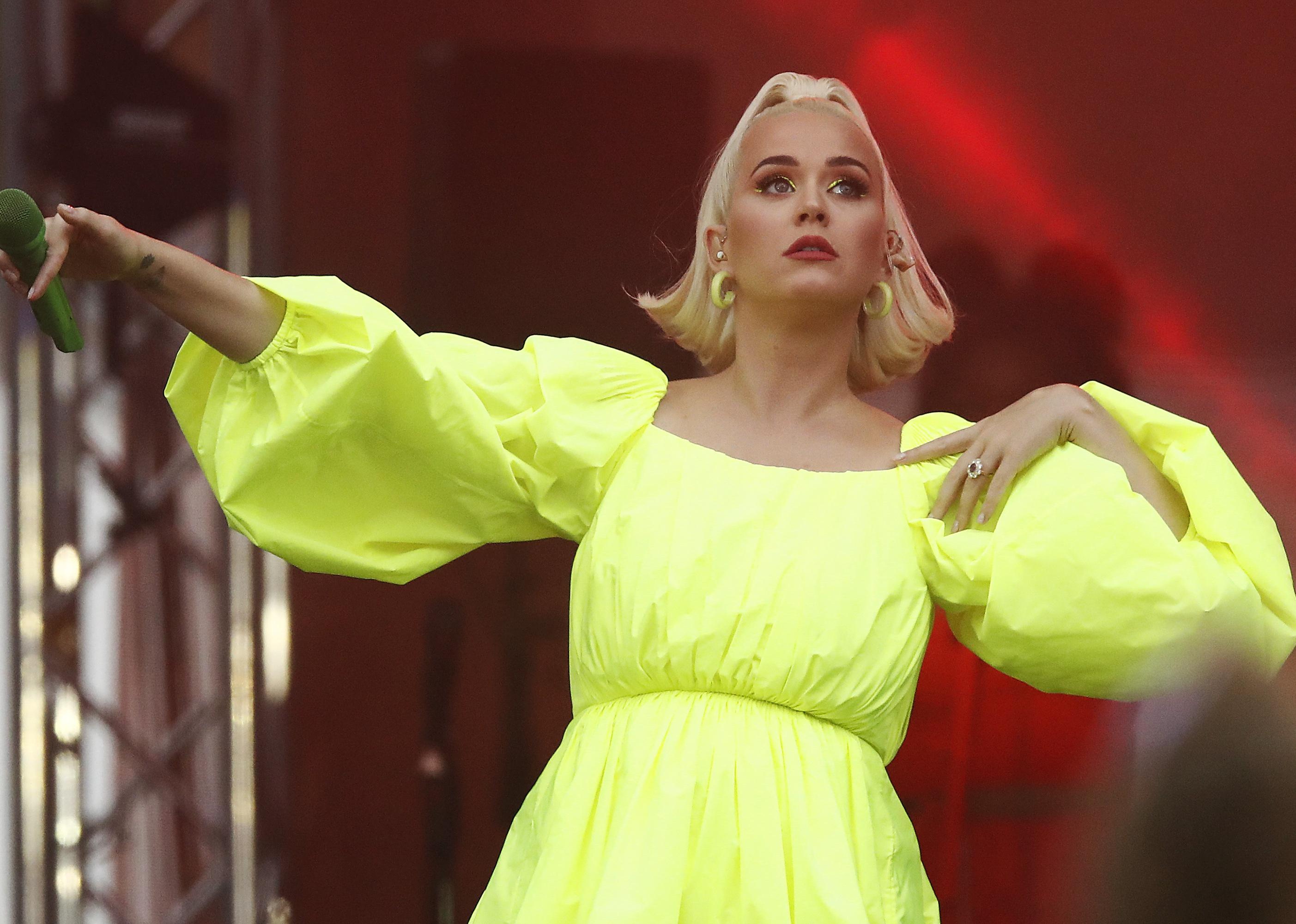 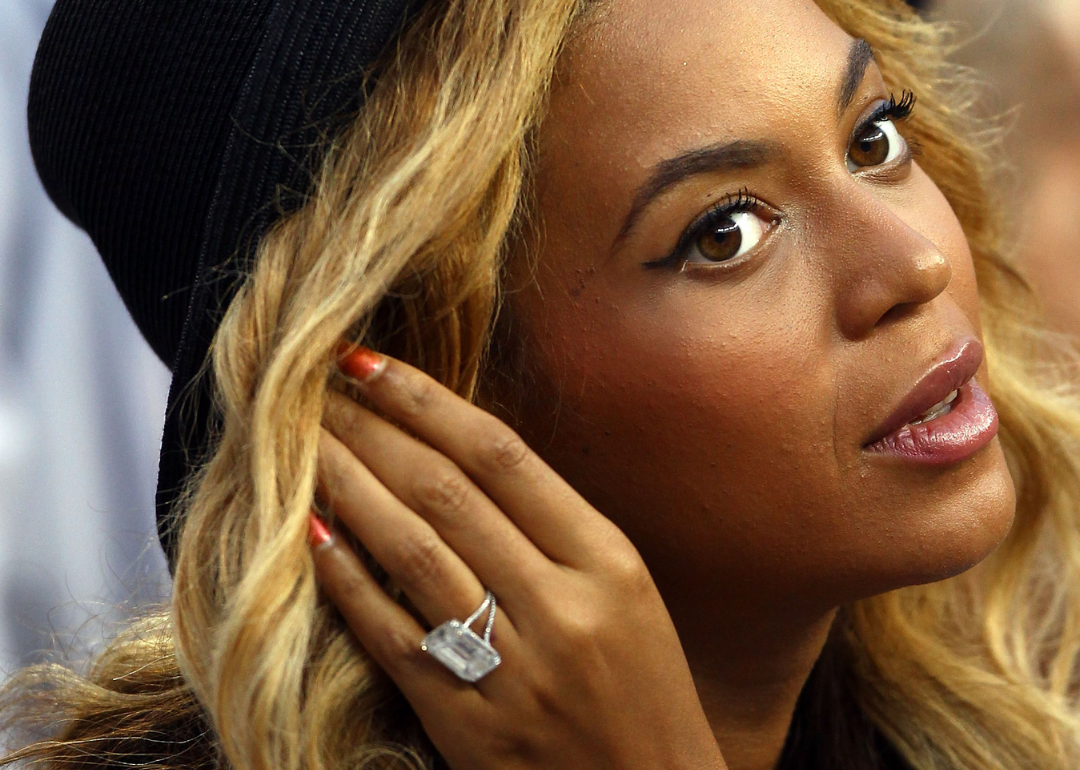 We don't know many women who wouldn't be excited by a $5 million engagement ring designed by Lorainne Schwartz, but Beyoncé is one of them. In an interview with Essence (as quoted by People), the singer said she never wanted an engagement ring because "people put too much emphasis on that. It's just material, and it's just silly to me." 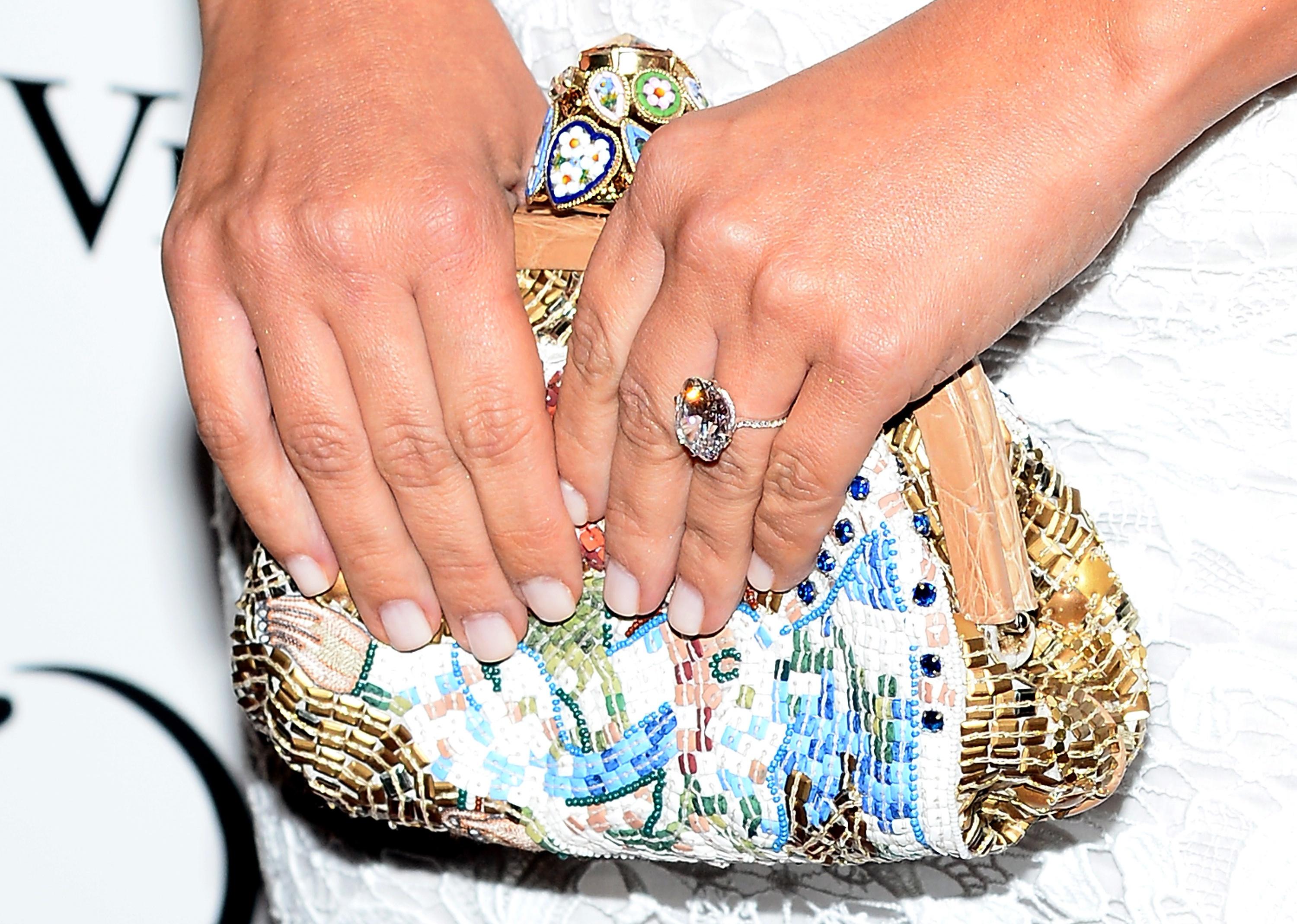 Lorraine Schwartz, who designed both engagement rings Kanye West gave Kim Kardashian, described the central stone in this first one as the "perfect cushion-cut diamond." It wasn't this ring but the "upgraded" ring he gave her in 2016 (an enormous emerald-cut beauty that was actually worth less) that was infamously stolen from Kardashian during an armed robbery in Paris that same year.

Mariah Carey's sparkling engagement ring, a gift from ex-fiance and Australian billionaire James Packer, was designed by her close friend, jeweler Wilfredo Rosado, who told Vogue it was "the most challenging piece of jewelry [he'd] ever designed." Two years after her split from the businessman, Page Six reported that Carey had quietly sold the record-setting ring for $2.1 million so she could "move forward in her life surrounded by positivity."