15 of the most expensive celebrity weddings of all time

Stacker researched 15 of the most expensive celebrity weddings of all time. 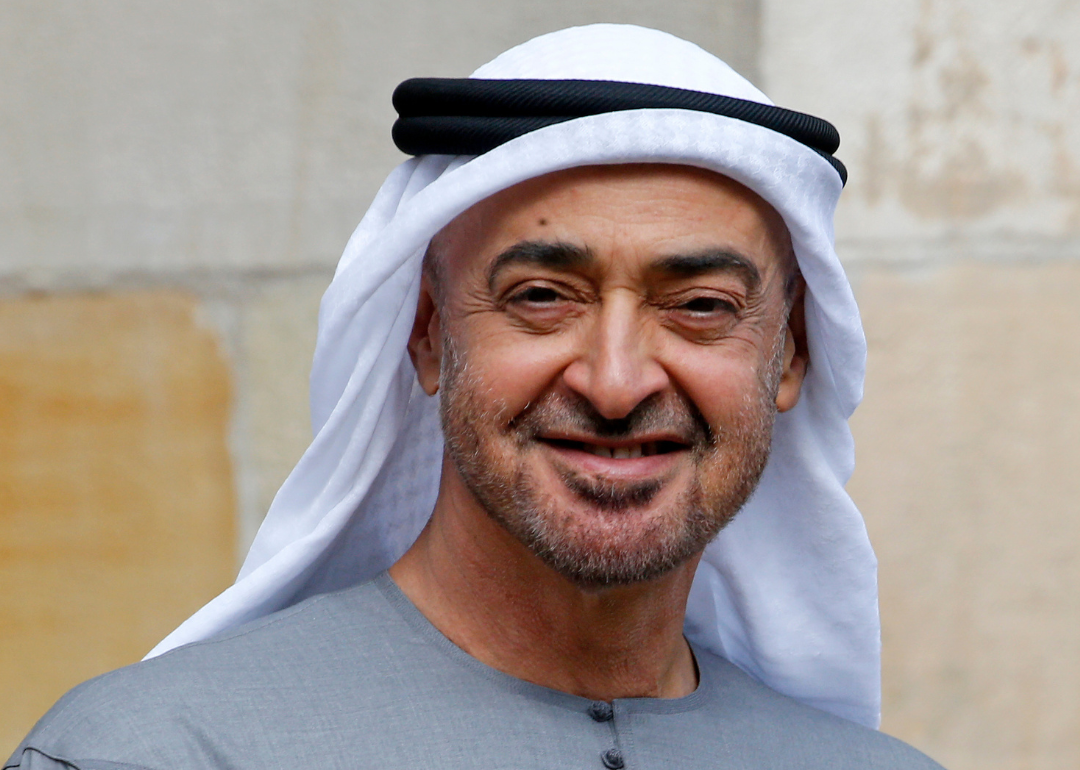 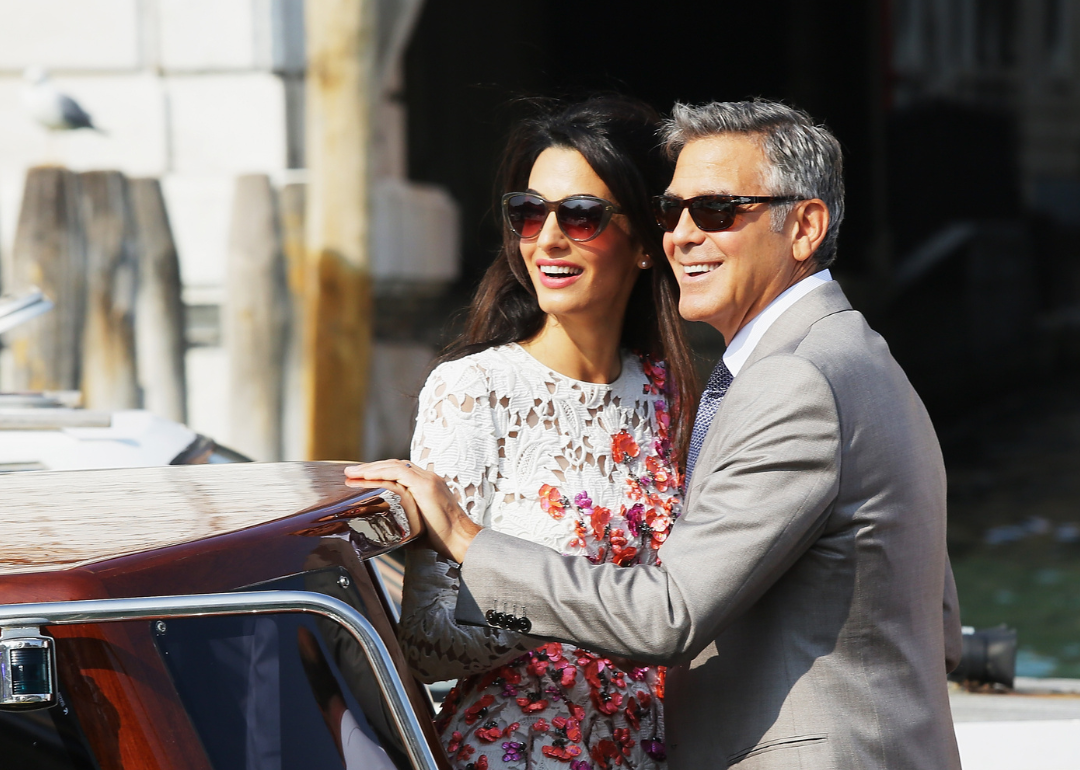 When it comes to hosting their wedding celebrations, some celebrities prefer to keep things low-key while others take a "go big or go home" approach. Even for regular folks who aren't in the public eye, there's pressure to ensure everything is just right for the special occasion. So when money's no object—the bar tends to be raised even higher.

With no financial concerns or limitations and knowing that all eyes are on them during that special moment, celebrities may want to splurge on the perfect dress and tuxedo, in an idyllic venue or on floral arrangements. There are fellow affluent friends to impress, fans who are watching, and media that will surely take note.

Stacker curated a list of 15 of the most expensive celebrity weddings, determining the estimated cost of the wedding from various sources. From couture wedding gowns costing six figures to over-the-top cakes, price tags for these elaborate wedding celebrations may drop some jaws.

You may also like: Most famous actor born the same year as you 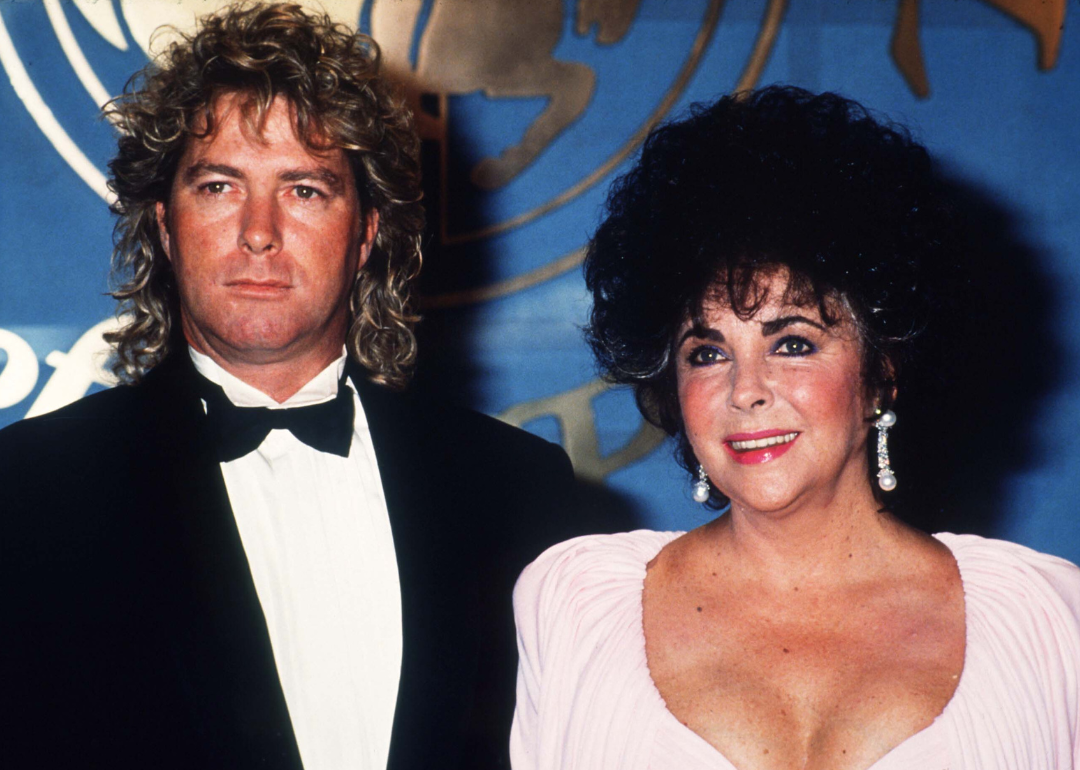 There were about a dozen helicopters in the sky and a 100-man security team was also present during the wedding ceremony. Although Taylor and Fortensky were on friendly terms, the couple divorced five years later. 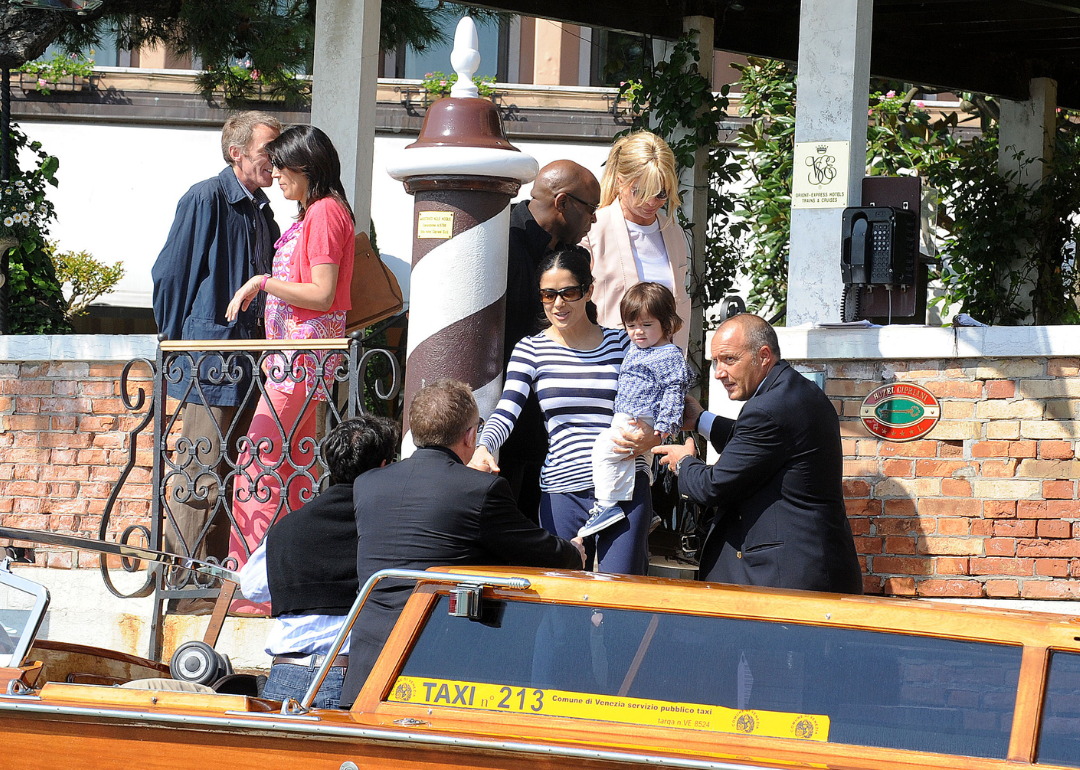 Actress Salma Hayek and Francois-Henri Pinault, a French billionaire CEO, exchanged vows twice in the same year. They had a private ceremony at city hall in Paris on Valentine's Day and a more formal ceremony two months later at Teatro La Fenice, a renowned opera house in Venice, Italy.

The couple's 150-star-studded guest list included the former president of France Jacques Chirac, and actresses Charlize Theron and Penelope Cruz. Hayek wore a $434,000 Balenciaga wedding dress. The night before the wedding, the couple hosted a masquerade ball for their guests at Venice's famed Punta Della Dogana. 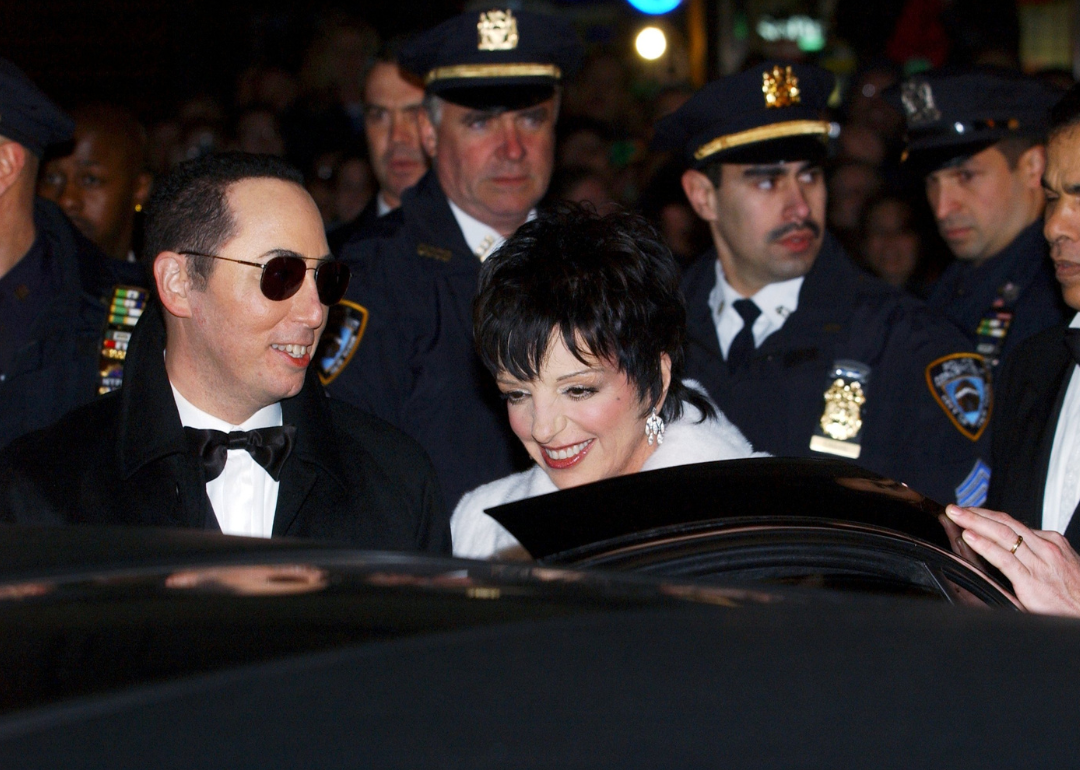 Actress Liza Minnelli's fourth and final wedding was to David Gest, a TV personality and producer. Their over-the-top wedding took place in New York City's Marble Collegiate Church. Michael Jackson, who introduced Gest to Minnelli, was the best man, Elizabeth Taylor was the maid of honor, and Tony Bennett performed with a 60-piece orchestra to entertain several hundred guests.

Minnelli, the daughter of famed actress Judy Garland and film director Vincente Minnelli, has been surrounded by luxury her entire life. So, it may come as no surprise that the wedding cake alone cost $40,000. 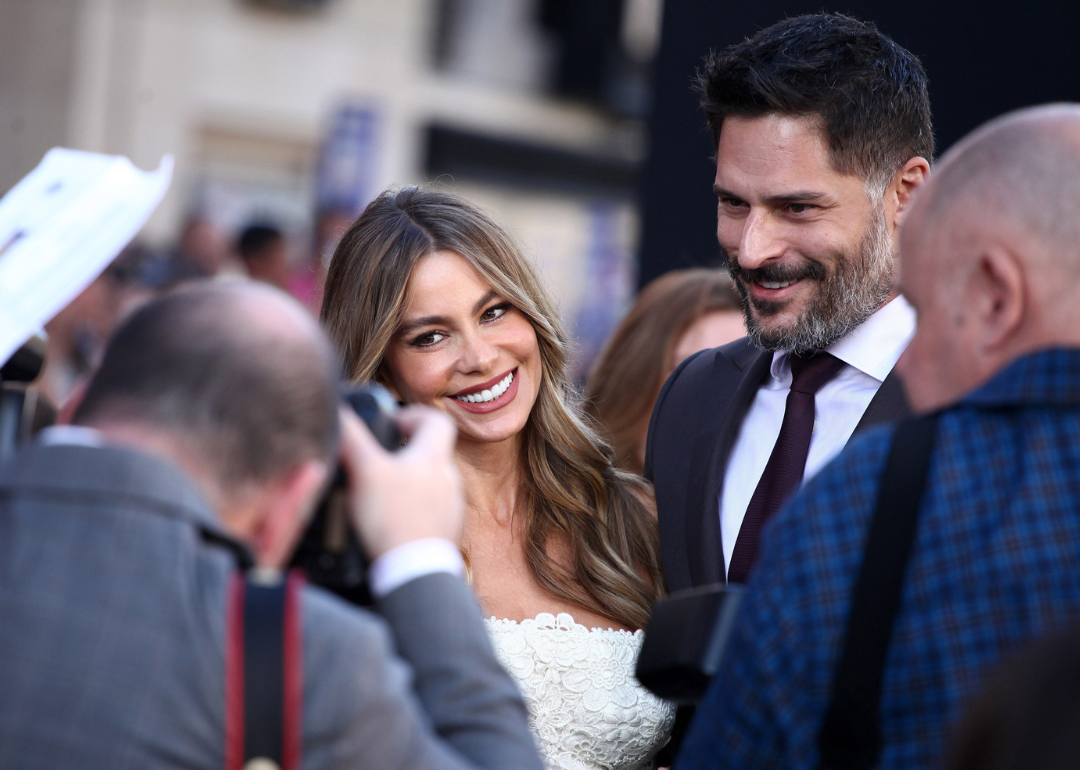 Actress Sofia Vergara and actor Joe Manganiello met each other in May 2014 at the White House Correspondents' Association dinner. At the time, Vergara was engaged to someone else. It wasn't long before "The Modern Family" actress was single and began dating "True Blood" star Manganiello.

The couple dated for six months before tying the knot at The Breakers in Palm Beach, Florida. Vergara was decked out in a custom-made wedding dress by Zuhair Murad, which contained 350 crystals and 11 pounds of sequins, the labor of 32 atelier employees. The couple celebrated their big day with 400 guests, including Reese Witherspoon, Channing Tatum, Arnold Schwarzenegger, and a surprise performance from Pitbull. 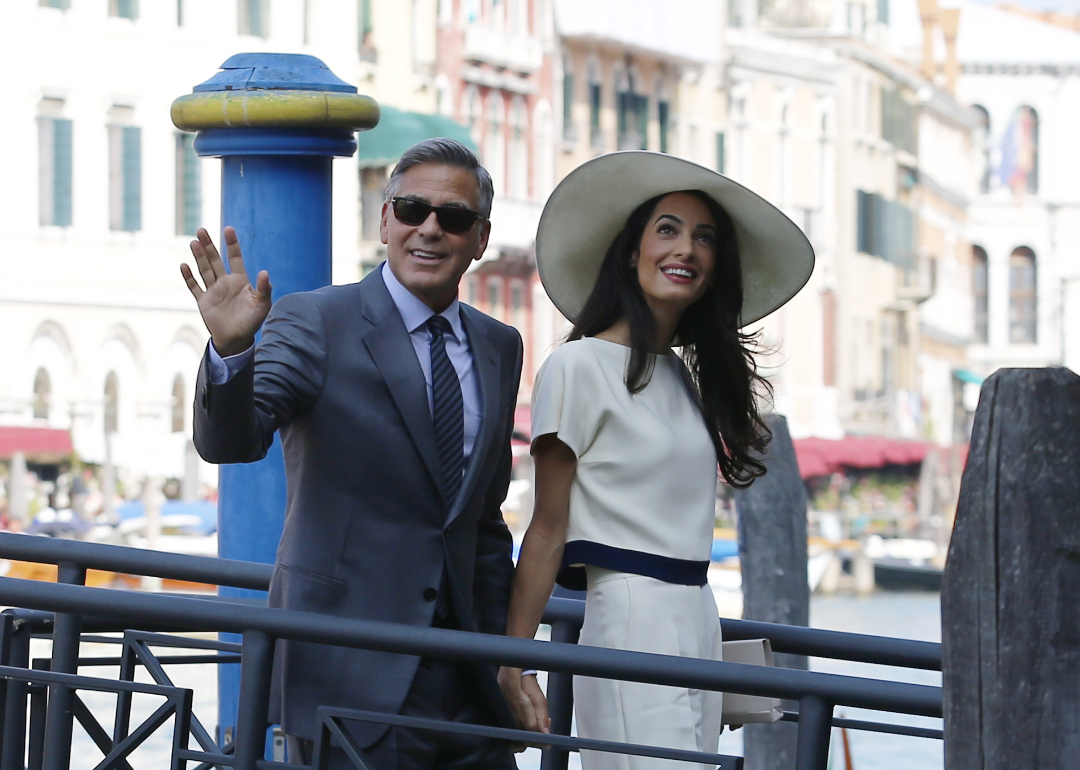 George Clooney and international human rights lawyer and philanthropist Amal Alamuddin went all out to host their lavish wedding in Venice, Italy. Friends and family were flown in from Lebanon and the United States and transported in private boats and water taxis along canals and lagoons. The bride wore an Oscar de la Renta-designed wedding dress with a price tag of $380,000. It was the last wedding dress created by the designer before he died.

The hosts prohibited guests from bringing their electronic devices to prevent potential media leaks. They gave guests codes on burner phones as tickets to gain entry—so if anyone did send photos, they would be traceable. 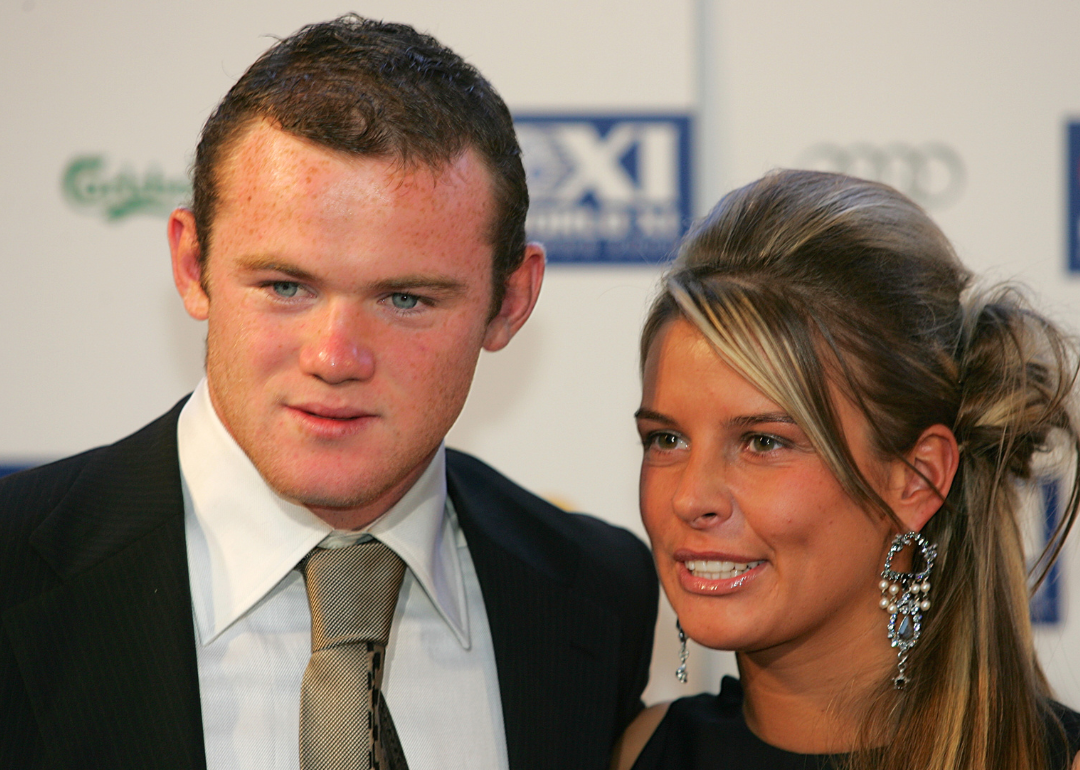 A few close loved ones were flown to Italy for Coleen McLoughlin and now-former English soccer player Wayne Rooney's wedding—totaling $1 million. While the guest list was small, the couple racked up costs in other areas for their four-day celebration. McLoughlin's Marchesa dress was an estimated $392,000, and the couple partied with guests on a $12 million yacht. 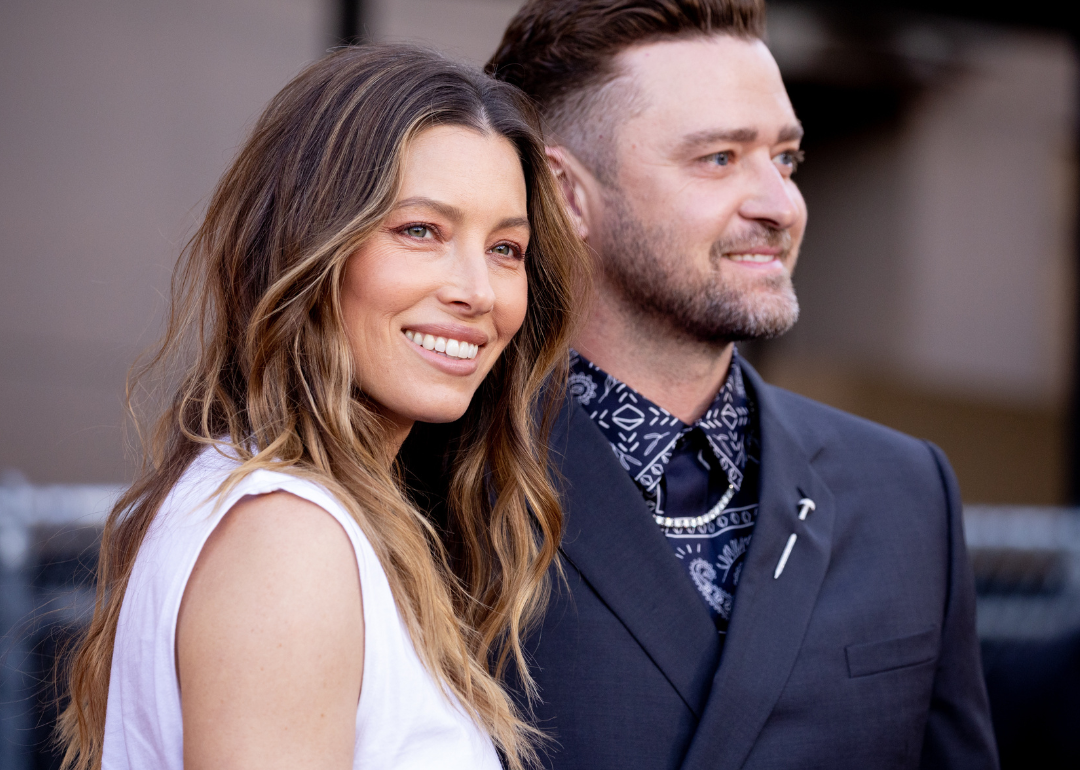 The estimated 100 guests who attended enjoyed a cocktail hour with appetizers and dined on a four-course meal consisting of steak, lobster, and seabass. 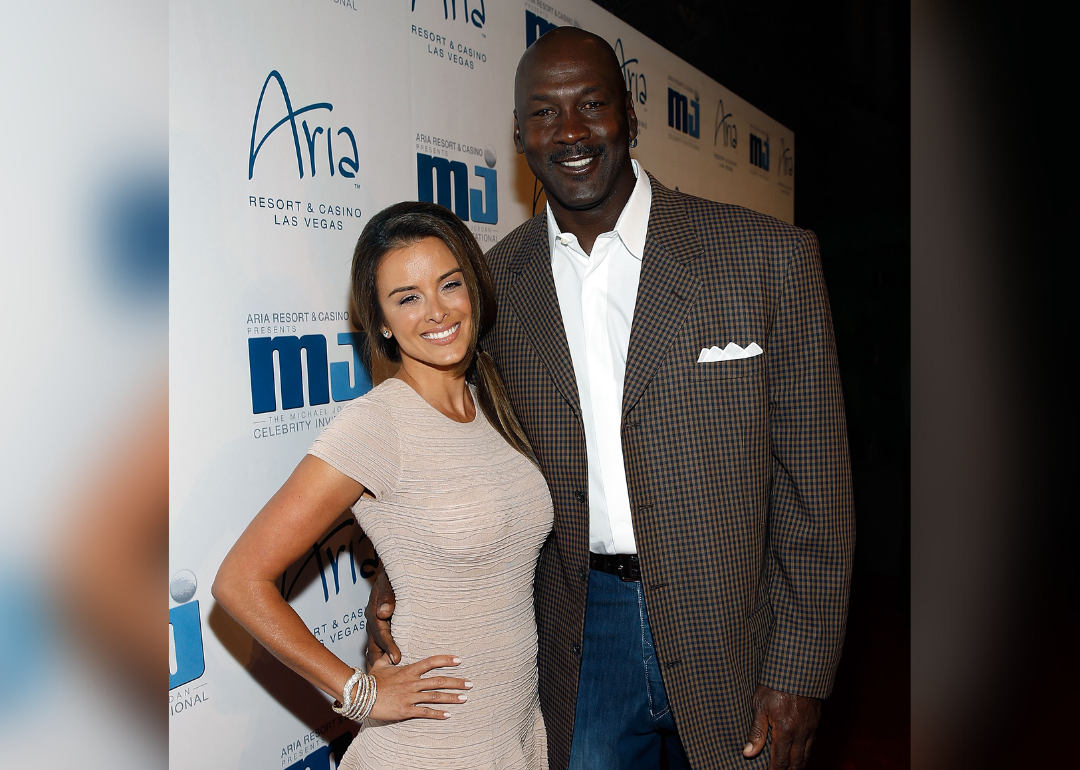 After dating for five years, Michael Jordan and model Yvette Prieto tied the knot at the Episcopal Church of Bethesda-by-the-Sea in Palm Beach, Florida. Guests in attendance celebrated with the couple at the reception held at the Bear's Club, a private golf community in Jupiter, Florida. There were fireworks, and they served a seven-layer cake cloaked in white fondant and adorned with sugar crystals. 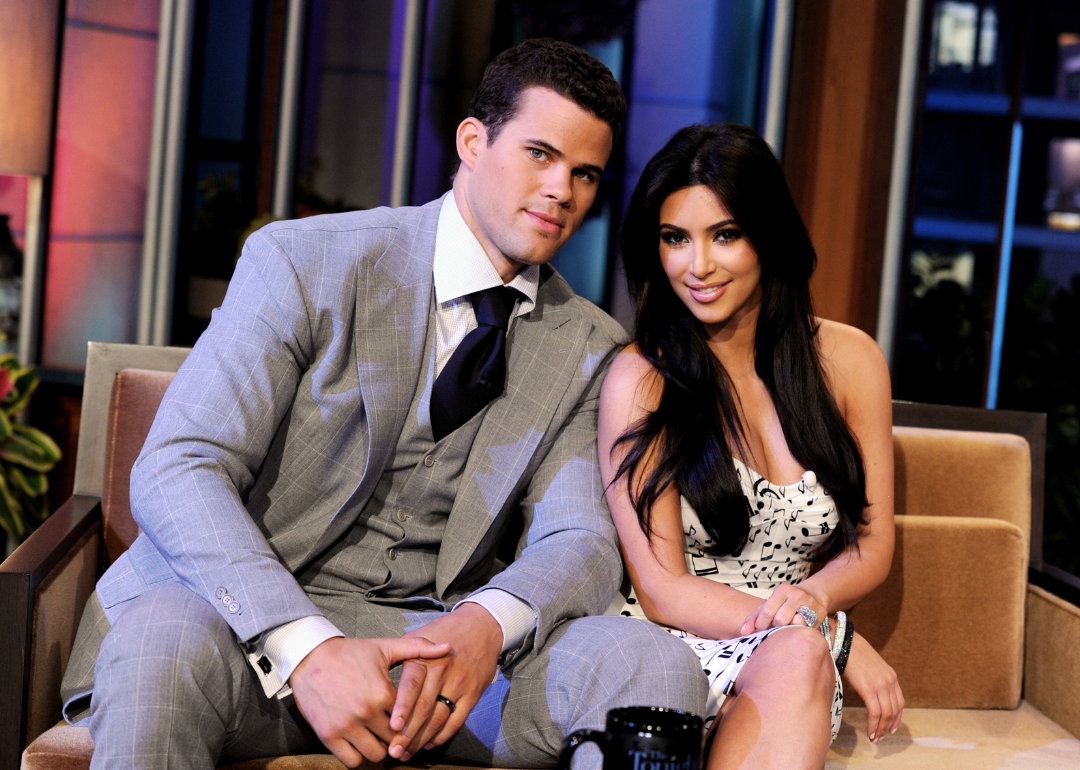 Kim Kardashian and Kris Humphries dated for six months before they tied the knot, only for Kardashian to file for divorce 72 days after the wedding. The couple didn't have to foot the bill for their special day, though. Production from the Kardashian family's reality show "Keeping Up

With the Kardashians" covered the costs, and Kardashian was gifted three Vera Wang wedding dresses, each valued at $20,000.

The couple exchanged vows before 400-star-studded guests, including Serena Williams and Eva Longoria. Floral arrangements totaled $2 million, and the food costs during the reception were $750,000. 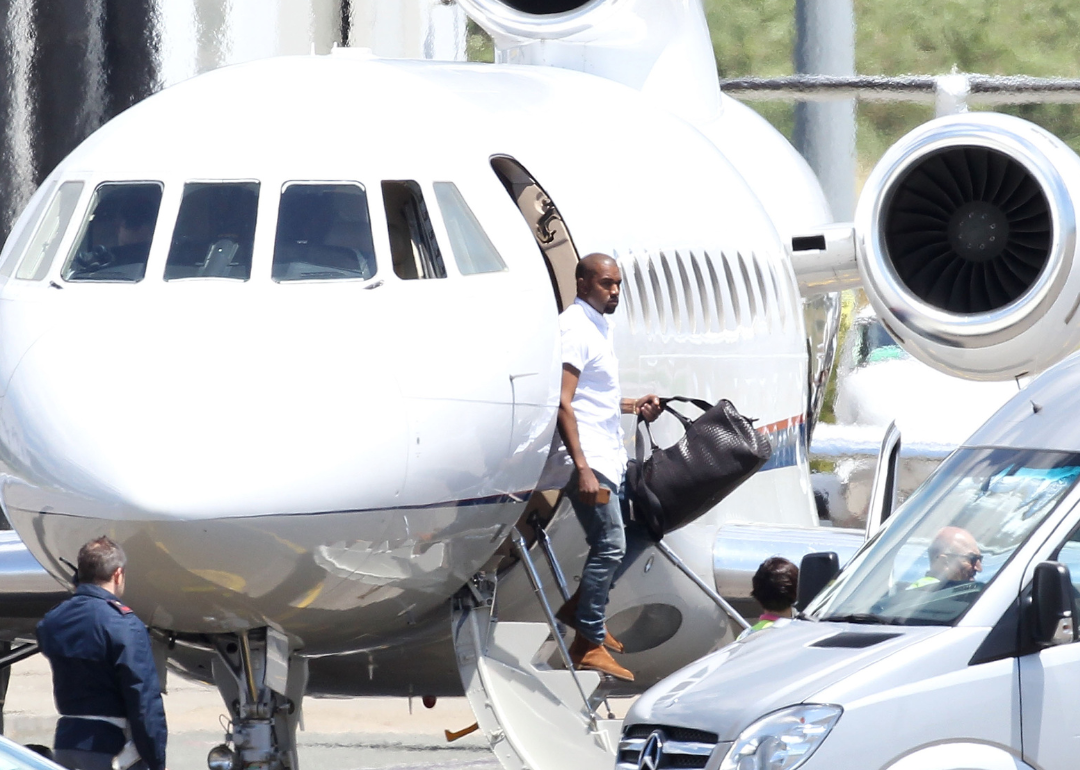 Although Kim Kardashian and Kanye West's messy divorce may have served as some form of entertainment for social media users, at the time of their wedding, the couple appeared to be very much in love and didn't hold back on expenses.

Kardashian and West, who wed in Florence, Italy, shelled out more than $409,000 on their wedding venue alone, Fort di Belvedere, a 16th-century fortress. Of course, Kardashian opted for a couture Givenchy wedding dress that Riccardo Tisci designed valued at $500,000. 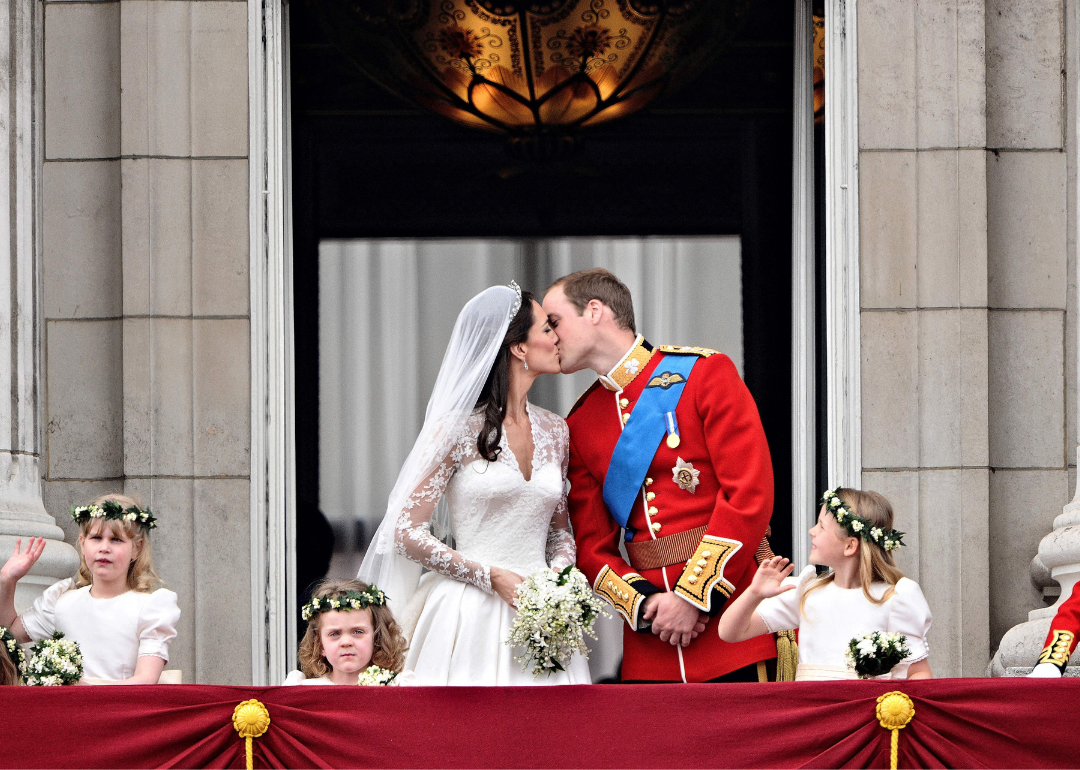 Prince William and Kate Middleton got married in Westminster Abbey in London. For brides, it's all about the wedding gown, and Catherine, Princess of Wales, wore an Alexander McQueen design detailed with handmade lace and an 8-foot train, valued at $434,000. In accordance with tradition, Prince William wore his Irish guard uniform to reflect his senior position in the army.

And because they're royals and couldn't have any ol' cake, there were two: a multi-tier, 220-pound buttercream cake, and Prince William's chocolate cookie groom's cake, which he requested, totaling $80,000.

Prince Harry and Meghan Markle were determined to have their fairy-tale wedding at St. George's Chapel at Windsor Castle in England. For the royal occasion, Markle selected a Givenchy wedding dress that cost close to $265,000. She wore a nearly 17-foot veil bordered with embroidered flowers, which represented the 53 countries in the Commonwealth.

Traditionally, royal cakes are towering and fruit flavored, but the Duke and Duchess of Sussex opted for a $70,000 lighter-tasting cake with organic ingredients. 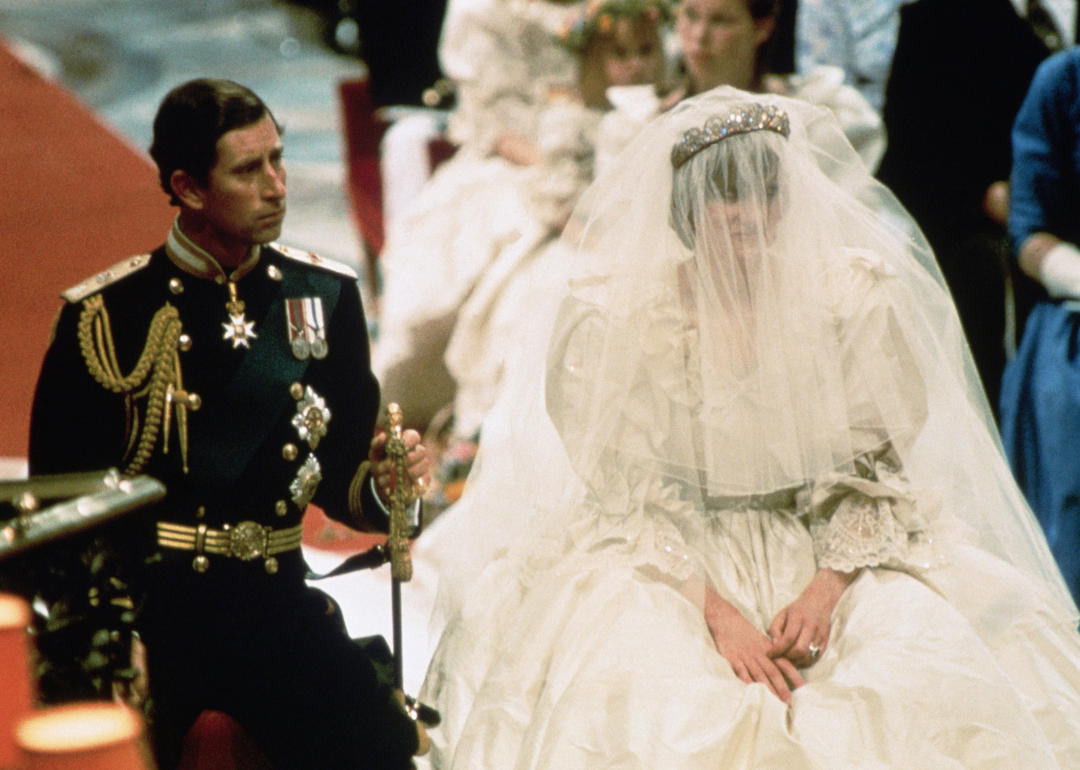 Often referred to as the wedding of the century, many would agree that Charles, then the Prince of Wales, and Lady Diana Spencer's wedding was one for the books. There were more than 3,000 guests at the wedding, and according to the BBC, 750 million viewers tuned in from 74 different countries around the world to view the nuptials at St. Paul's Cathedral in London.

Sheikh Mohammed bin Zayed Al Nahyan, the current president of the United Arab Emirates and ruler of Abu Dhabi, and Salama bint Hamdan's wedding was a week-long extravaganza that took place in the 20,000-seat stadium that the groom's parents built. Throughout the elaborate wedding, 20 camels adorned with jewels delivered gifts for the bride. The newlyweds toured various towns within the Emirates on horseback.