Lady Bulldogs will face the loser of ECP vs. Crescent in District tourney 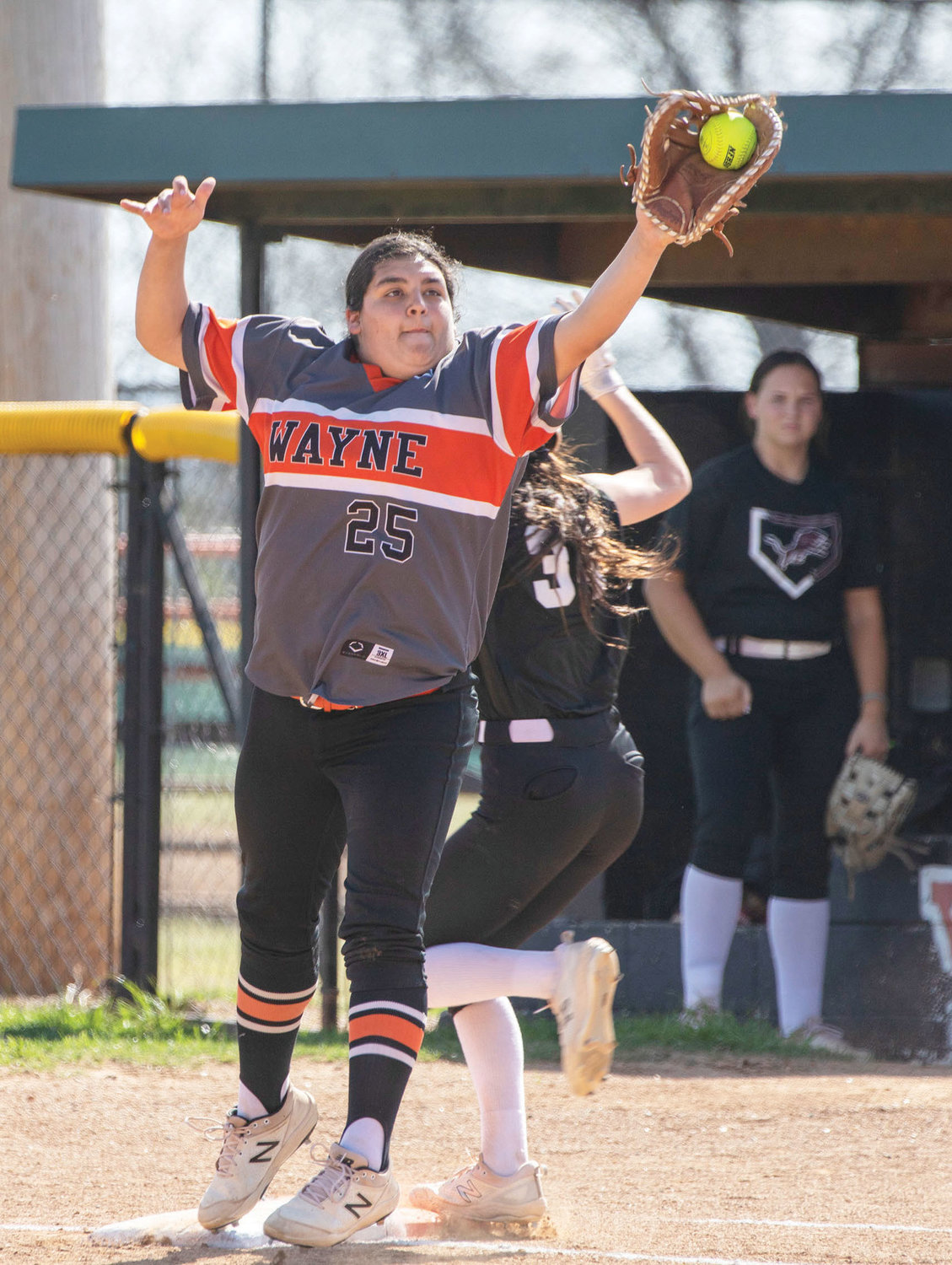 A 19-15 comeback win over Central on Monday night put the Lady Bulldogs’ record at 22-1.

“Central played well and hit the ball in the gaps. We hit it well too. It’s good for us to have close games, especially going into the playoffs,” head coach Charles Durrence.

Down 6-5 after three and a half innings, Central scored six to stretch their lead 12-5.

Wayne had a monster top half of the fifth when they score 10 runs to take the lead. They added another in the sixth while Central added three, giving Wayne a one run, 16-15 advanatage.

The Lady Bulldogs added three insurance runs in the top of the seventh to come away with the 19-15 win.

Wayne had 23 hits and Daliyah Fuentes was a leader at the plate. She went 3-5 with six ribbies.

The Lady Bulldogs went yard four times by four different batters. Debaets and Mantooth had long balls in the second, Trejo hit one out in the sixth and Fuentes had a homer in the seventh.

Mantooth was in the circle for Wayne. She fanned one batter.

Their final regular season game was Tuesday when they hosted Wilson.

District play starts today (Thursday). Wayne is hosting Elmore City and Crescent. The Lady Tigers and Lady Badgers square off at noon for the first game.

“We have a good chance to win a District championship if we come out and play like we’re capable of playing. We have to show up and play our best; we can’t take anyone lightly,” Durrence said.