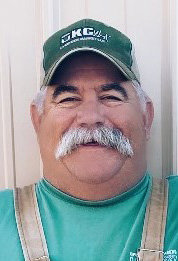 Graveside services for Tommy Dean Rice, 60, will be held at 2 p.m. Friday, December 3, 2021 at the Washington Cemetery. Services will be under the direction of the Wilson-Little Funeral Home in Purcell.

Tom was born in Tulsa, Okla., on January 16, 1961, the elder of two children born to Robert Dean Rice and Bernadette Marie Rolande Rice (Poitevin). Tom grew up and attended school in Choctaw, Oklahoma.

After school, he spent most of his free time at the rodeo riding bulls. Tom was an active member of the Union of Operating Engineers, Local 627 for 25 years as a heavy machinery crane operator, leaving him many times on the road.

In 1999, Tom built a home in Washington, Okla., with the help of some of his family. Tom raised cattle, livestock and upkept the farm. If he wasn’t feeding cows, you would find him in his shop, where he enjoyed restoring old hot rods.

On February 2, 2012, Tom married Kim in Hugo, Okla., and they spent nine years together. Besides spending time with family and friends, Tom loved gun shows, horse sales, and watching reruns of John Wayne in his Lazy Boy. He also passed on the love of the rodeo, raising a young future barrel racer. He was a loving husband, father and papa who will be dearly missed.

Tom was preceded in death by his parents, Robert and Bernadette Rice.