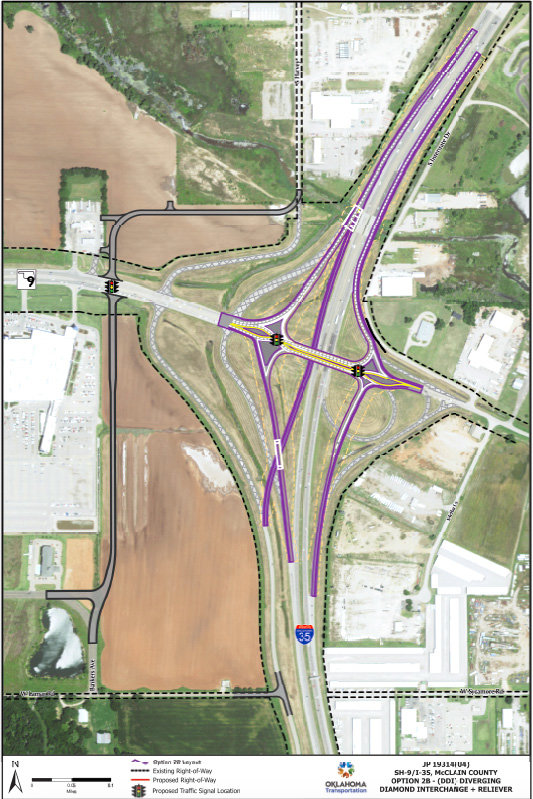 Option 2B, a diverging diamond with reliever ramps, has been chosen by ODOT as the preferred configuration at the U.S. Interstate 35/State Highway 9W interchange.
Provided by ODOT
Posted Thursday, January 13, 2022 9:00 am
The Purcell Register

A preferred configuration for the U.S. Interstate 35 and State Highway 9 West interchange has been selected by the Oklahoma Department of Transportation.

Construction will get underway in 2023, officials confirmed.

ODOT officials announced last week that the preferred configuration is Option 2B, a diverging diamond interchange which includes a reliever ramp to allow for traffic to access areas south of SH-9W, including the traffic going to north Goldsby, without conflicting with the I-35/SH-9W interchange traffic.

ODOT officials said that following the Nov. 18, 2021, public meeting, they received more than 100 public comments. Their response to those comments are being posted on the ODOT website.

They came to their decision about Option 2B after reviewing all the public comments, and the engineering analysis to ensure the final solution will be appropriate for any future concerns.

ODOT officials thanked the public for their participation through the comment process, and said they look forward to taking the project to construction in FFY 2023.