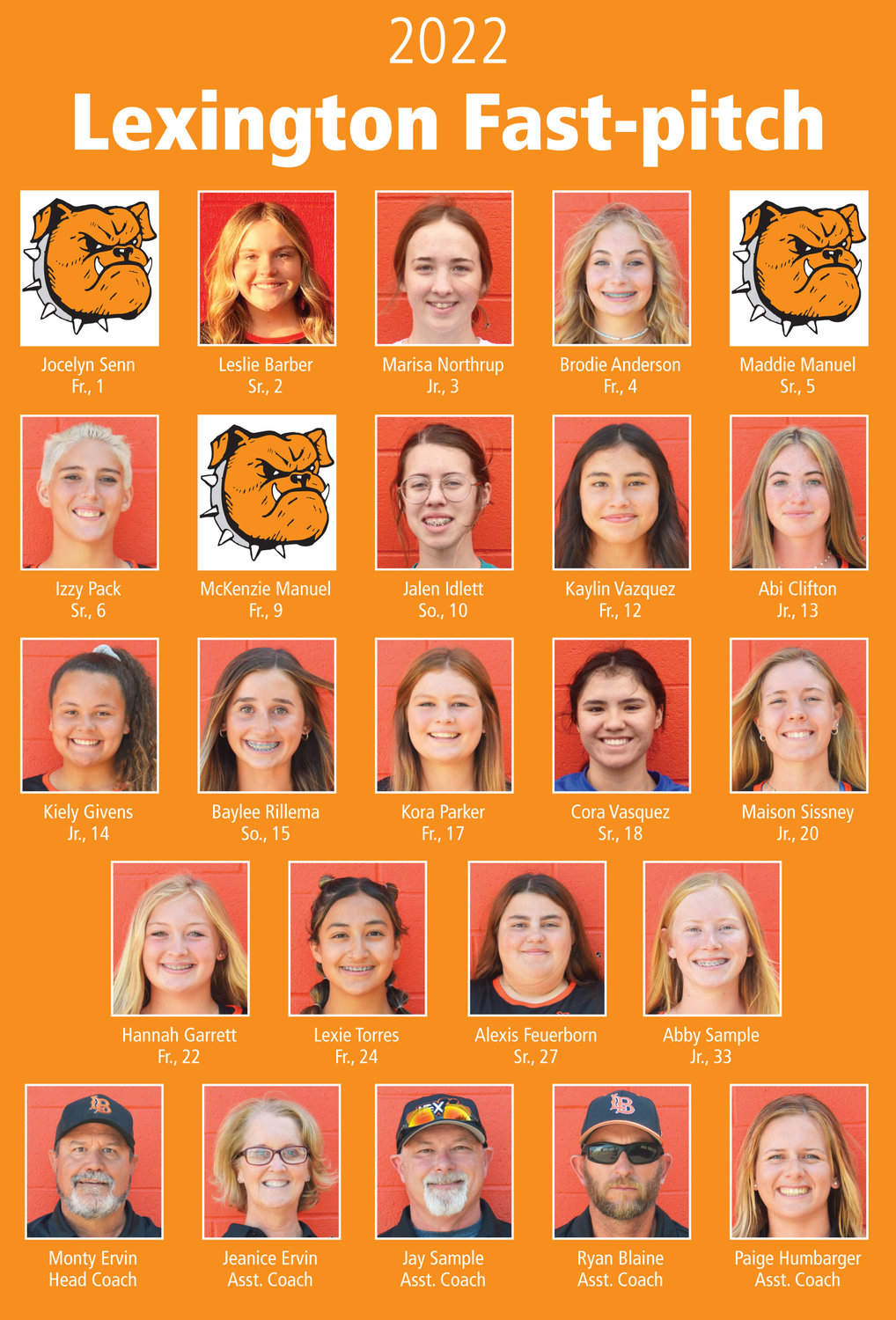 There’s a new captain at the help of the Lady Bulldogs fast pitch team. Monty Ervin, a veteran coach who is originally from the area, has taken over duties at Lexington.

Ervin brings nearly 20 years of coaching experience, including his most recent stint at Burns Flat. He also has a State Championship under his belt at Maud.

“I’m from the area and I think, after the work the team has put in, that we might be a team to reckon with. If we stick with it, we’re a team to pay attention to,” Ervin said.

Last year Lexington finished their season with an 11-19 record, losing to Jones in the postseason.

Seniors who graduated from that squad were Abby Turnpaugh, Promise Houck and Ryli Harmon.

But, Ervin and his staff have several upperclassmen that have game experience and he feels those girls’ leadership will be a big factor.

“The upper classmen’s leadership will definitely be a strength for this team. They’ve really bought in and they see the differences from when they first started practices in July,” Ervin said.

One weakness the coach identified is that his team is young.

Ervin brought a new philosophy to Lexington. He believes that his team has to be willing to outwork their opponent.

“When I first got here, I preached to the parents and administration about buying into my philosophy and how hard we work.”

The Lady ‘Dawgs have been holding two-a-day practices since mid-July and have had nine scrimmages with teams from all over, Blanchard, Wynnewood, AmPo, Sulphur and Ft. Cobb to name a few.

“I feel like we can build on these wins during our scrimmages. The scrimmages allow us to be in adverse situations and we’ve seen a lot of good pitching.”

Juniors on the team include Kiely Givens, Maison Sissney, Abi Clifton, Abby Sample and Marissa Northrup. Only two sophomores will be play and they are Baylee Rillema and Jalen Idlett.

“Our freshman class is talented, but they also have a lot of learning to do.”

Ervin continues to work on his lineup, getting the ideal combination of girls in the field, but for now he’s set with Pack at pitcher and Sissney as her catcher.

In the infield it’ll be Givens at first, Anderson at second, Kaylin Vazquez at short and Kara Parker at third. Parker could also see time at catcher.

The outfield is somewhat less set in stone, but as of their first game Sample, Clifton and Rillema would be out there.

The Lady ‘Dawgs kicked off their season Monday afternoon at Marlow. They are scheduled to be in today (Thursday).

The schedule is packed for the season and Ervin says he’s circled the games with Purcell, Chandler and Bethel.

“Those are three games that will give us a good idea of where we are. Purcell is the defending District champ, Chandler is the runner up District champ and Bethel has a very talented freshman class also.

“I think the team has bought in to my philosophy and I feel that we can play good softball. I’m of the belief that high risk yields high reward.”