How to prepare the turkey

Purcell Elementary students give their ideas 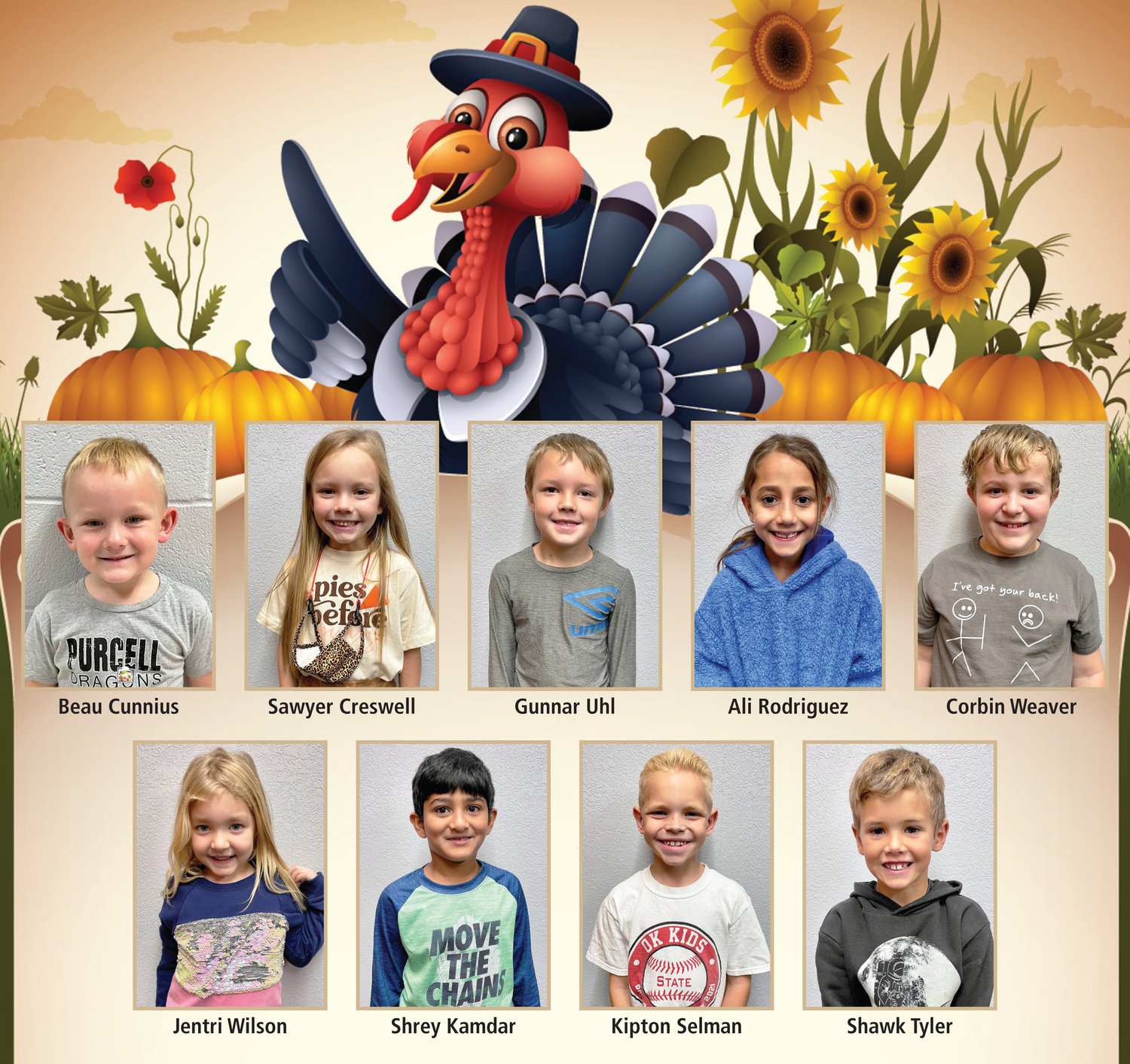 Favorite thing about Thanksgiving is the turkey. You cook it by, “Putting it on a tray and set it in the oven. Turn it on for 10 or five minutes.

“I like the leg and the head best,” he said.

Favorite thing about Thanksgiving is that we get to go to people’s houses like Ragan’s. Her  Favorite thing to eat is turkey. “Kill it and put it in the oven. Cook it for 5 minutes. Put salt on it and ketchup.”

Her favorite desert is, “pumpkin pie that my Nana makes.”

Favorite thing about Thanksgiving it thing is making pies. Apple and banana. He helps his mom bake the pies. He likes sweet potatoes. “Stuff (the turkey) in a pan and cook it in the kitchen. Start the gas and cook it with the stuffing at the bottom of the turkey for 10 minutes.”

Favorite thing about Thanksgiving is having food. His favorite thing to eat are rolls, which he likes eating with strawberry jam on them. To cook a turkey? “You kill it, clean it’s body and cut off the head.
“And then take all the fat out and all the bones out. Just cook it. Cut it in half.  You boil it and put stuffing in it. You can’t stuff toys in there but things like pepper and salt you can.” Favorite desert? “This year I’m going to try pumpkin pie and my Grannie B makes the best brownies.”

He likes the family most about Thanksgiving. He gets to see Owen, his uncle, his Grandpa, Gigi and cousins.

Favorite thing to eat is turkey. How do you cook it? “Get it in the oven. Take it out and see how it looks and if its not done put it back in. Take it out of the package. You can stuff it if you want. Cook it for 15 or 10 minutes.” His favorite desert is a milk shake or ice cream with whipped cream and a cherry on top.

Her favorite thing is the chicken. Favorite desert? “Pumpkin pie with whipped cream on top.” How do you cook the turkey? “Put it in the oven. Put it on a pan and cook it for three minutes. Find something to stick in it to see if it’s done. Then you leave it all together.”

She likes mashed potatoes with white gravy. She celebrates with her family.

Favorite thing about Thanksgiving: eating turkey. Favorite desert? “Brownies.” Who do you like to spend Thanksgiving with” “My cousins and going to Granny’s. You put the turkey in the oven and put spices in it. Put a lid on it. If it’s not ready put it back. You can put the dressing on top of the turkey. Cook it for 40 minutes.” Favorite part of the turkey? “To eat the inside meat.”

Favorite thing: being with all his family. “I like to celebrate with family. I pretty much stay with my friend, Max.” Corbin likes to eat, “chicken, carrots, broccoli all kinds of vegetables and turkey.” How do you cook a turkey? “You put it on one of those tray things. Put in the oven on 300 degrees for five minutes. You can put some hot sauce on it.”

He likes to eat stuffing, “with chicken and maybe a turkey leg. You can put the stuffing anywhere you want.” Favorite desert?  “Apple and pumpkin pie because it’s close to Halloween.”