Cole excited about season ahead 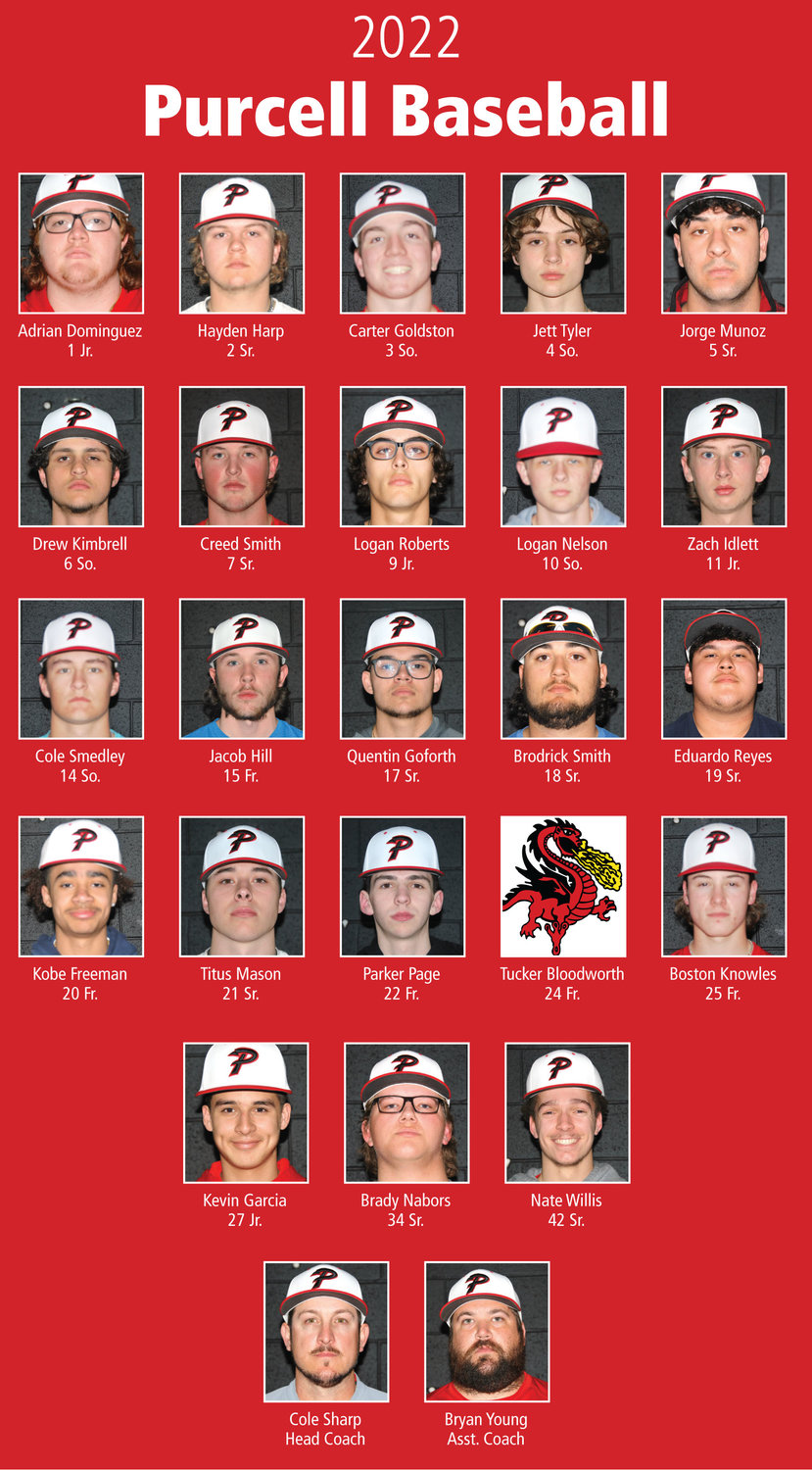 Head coach Cole Sharp foresees big things for this edition of Purcell Dragon baseball and their 3-1 start to the season seems to back that up.

The Dragons are coming off a doubleheader sweep of district foe Little Axe March 8.

Creed is a four-year starter and will anchor the catching duties and see some action on the mound.

Brodrick will play first base and pitch. Willis is another four-year starter and will be used as a utility player and also get the rock on the mound.

Harp will play right field and Idlett, who has already tossed a no-hitter this season, will play in the infield when he’s not on the mound. Kimbrell will roam in the outfield for the Dragons this season.

Sharp has a bunch of other arrows in his quiver battling for playing time including senior Jorge Munoz and sophomore Cole Smedley battling for action at the hot corner.

Freshman Boston Knowles will vye for playing time at short stop and senior Quentin Goforth will see action in the outfield.

Junior Adrian Dominguez can handle first base when Brodrick is on the mound and sophomore Carter Goldston will provide depth at catcher.

“I am very excited about this year’s team,” the skipper said. “We are dropping down to 3A this year from being in that tough 4A district we were in last year. We bring back a lot of guys who have played a lot of baseball and bring in some younger players who will compete and give us needed depth.

“Some of our strengths will be our defense and pitching. I believe both will be a key to having a successful season. Also, our speed will be another key.

“We have a lot of guys who can play multiple positions. The kids have been working hard in the off season and are ready to compete and contend for the district title this year,” he concluded.