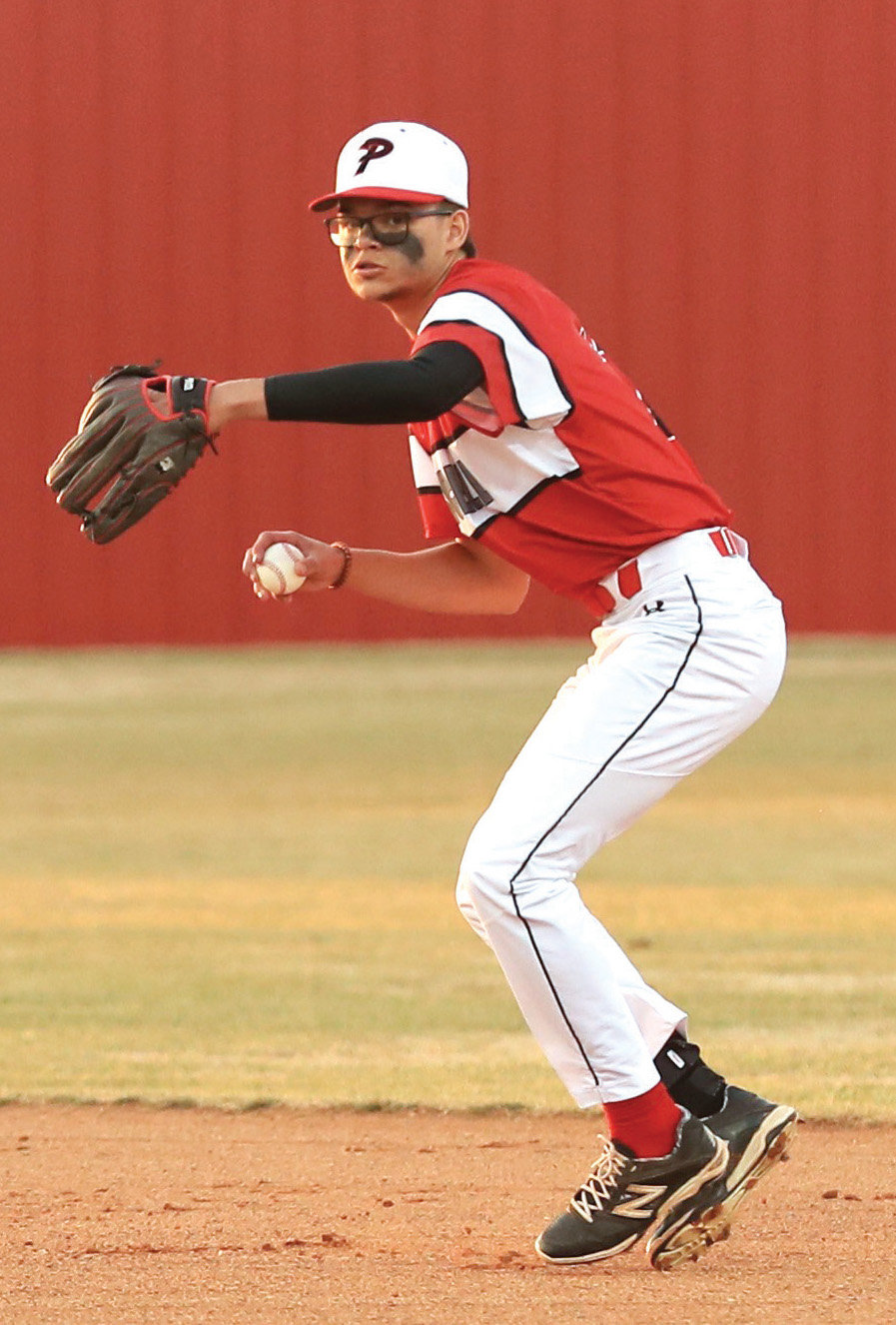 Purcell senior Quentin Goforth fields a ball and comes up throwing to first base for an out against Wayne during the Dragons’ 8-0 win over the Bulldogs. Story on page 9B.
Janet Moore
Posted Thursday, March 10, 2022 9:00 am

Coach Cole Sharp’s club started the year off with an 8-0 shutout victory over Wayne but ran into tough sledding in their second outing.

That’s when the Noble Bears pinned a 9-1 loss on the Dragons.

Purcell’s lone run came off a Creed Smith home run in the first inning. Smith took the loss on the hill.

Zach Idlett and Tucker Bloodworth combined to throw a three-hitter at Wayne in the season opener.

Bloodworth, who worked one inning, struck out one.

Creed Smith was 1-2 at the plate with an RBI while Adrian Dominguez had a double in his only at bat.

Idlett helped his own cause with a pair of RBIs and Hayden Harp plated an RBI.

Purcell is scheduled to play at Asher today (Thursday) and host Wynnewood on Friday weather permitting.