Both memorial and reminder of city’s railroad past 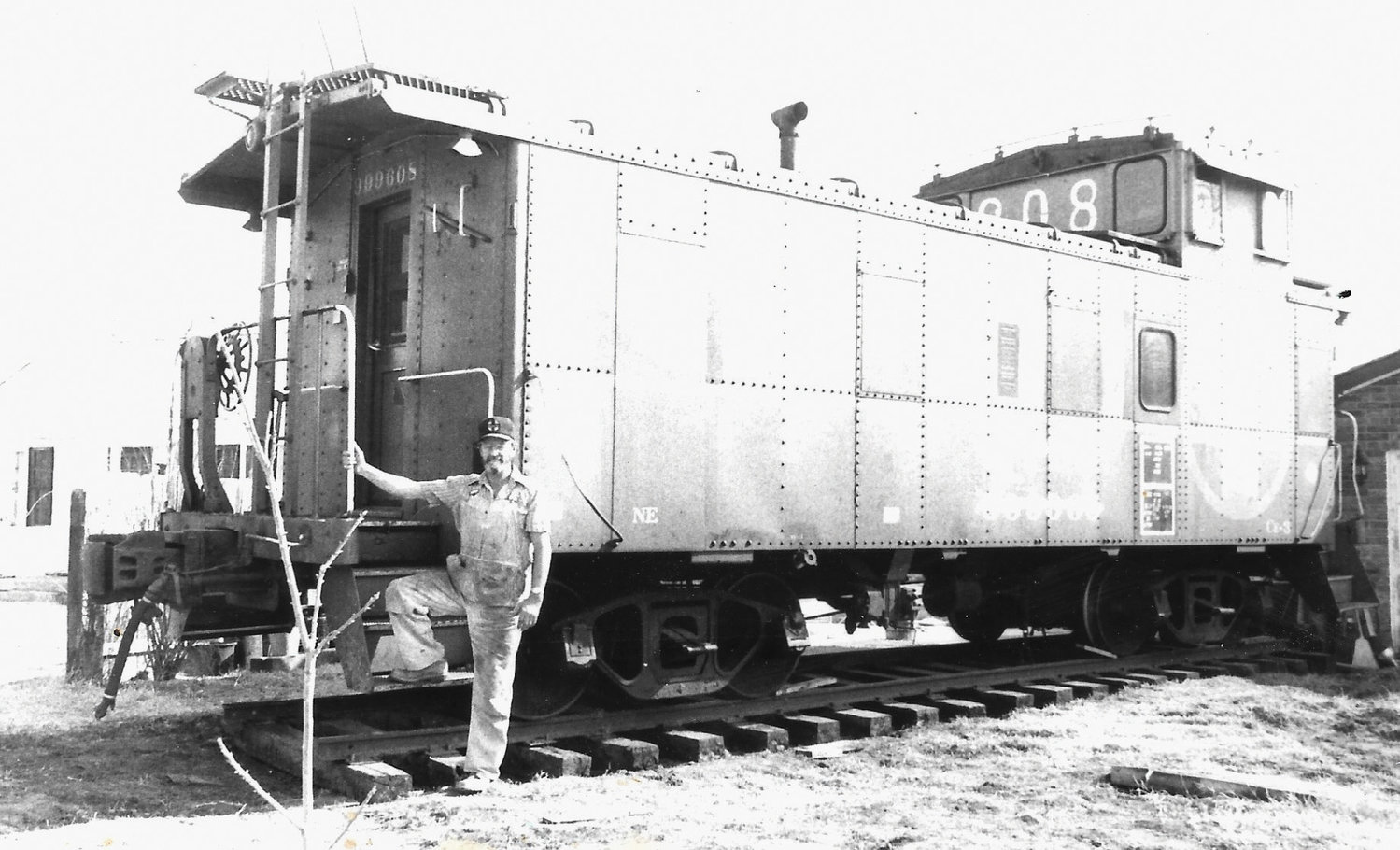 The caboose at 2nd and Main in downtown Purcell was a gift to the city from Sam Harlan, pictured. 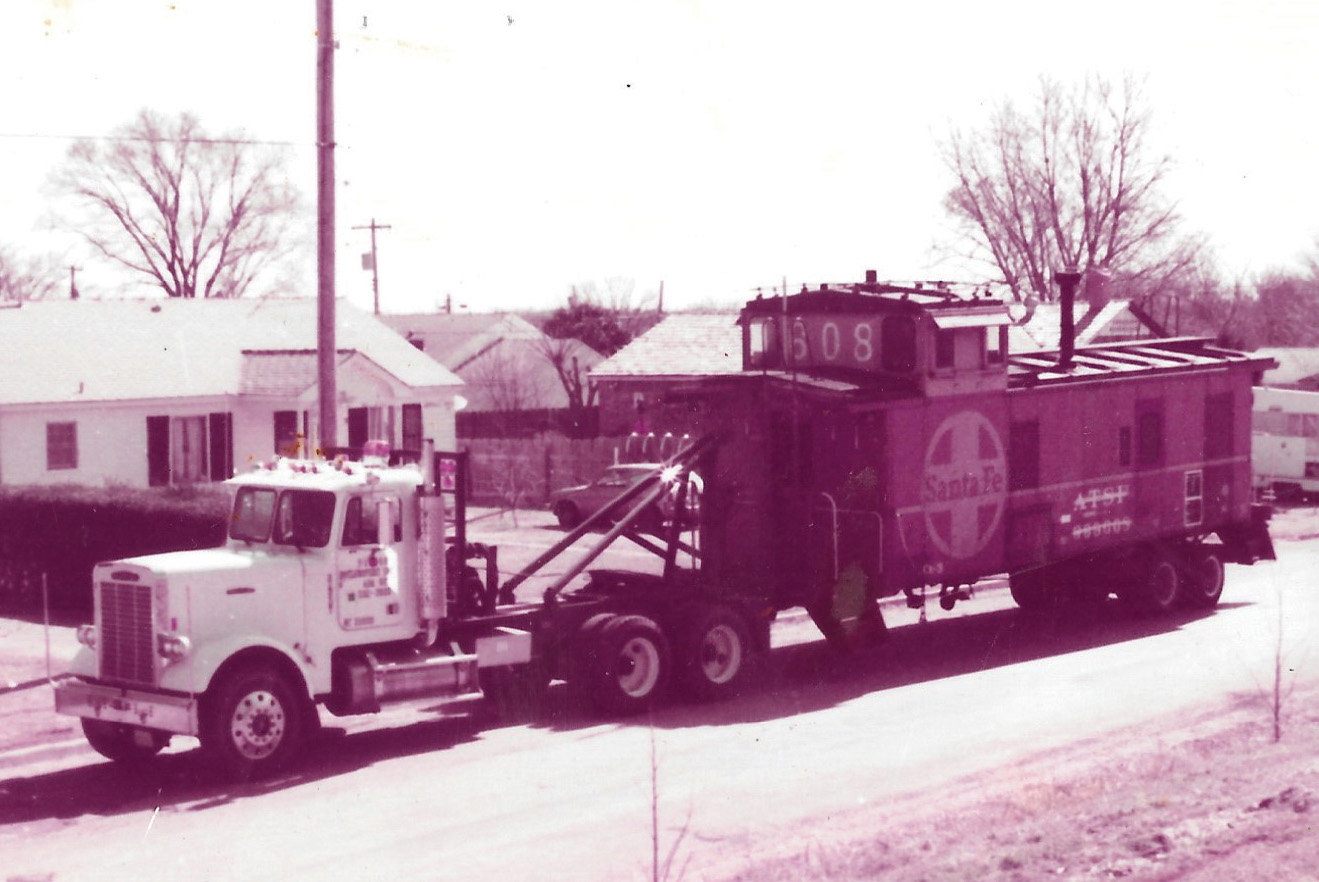 Sam Harlan hired a house mover to relocate the caboose from his yard to the park at 2nd and Main in downtown Purcell. 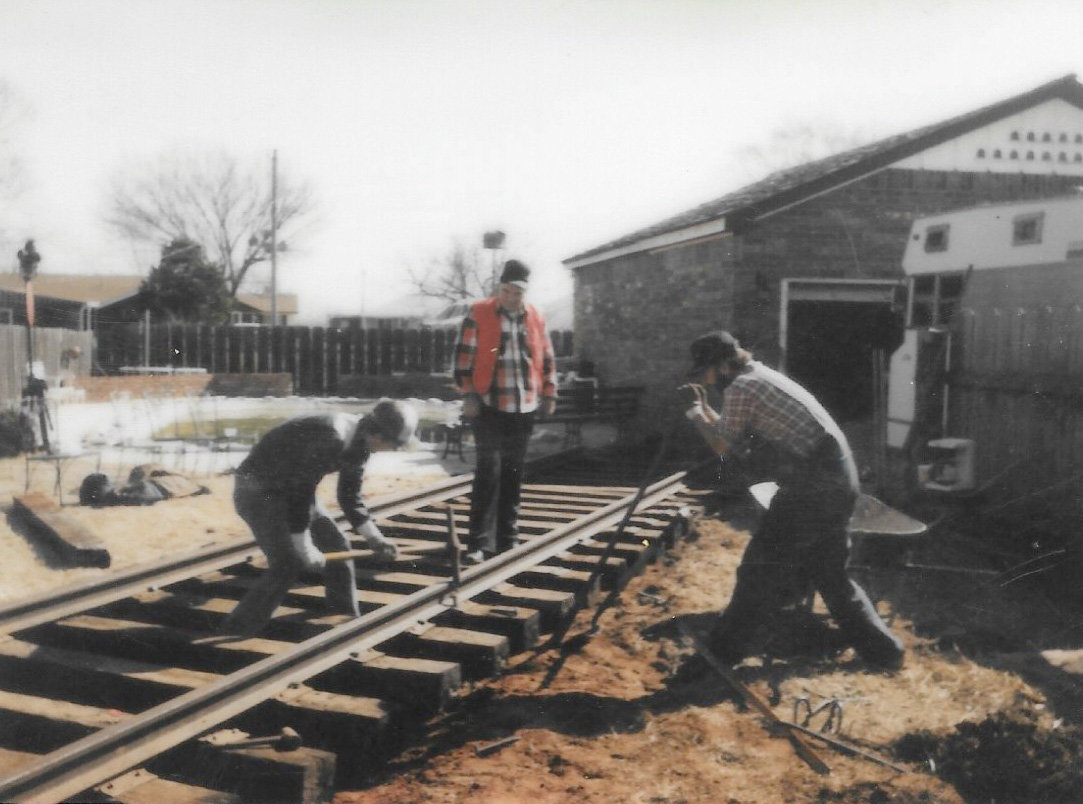 Before moving the caboose onto his property at the end of Canadian Avenue, Sam Harlan had to complete a section of track for it to rest on.
Previous Next
Posted Thursday, November 4, 2021 9:00 am
Jeannie Grimes

Thirty years ago next week, the City of Purcell installed an Atchison Topeka & Santa Fe “waycar” on a section of 2nd Street immediately east of the Love Hotel which was converted into a park.

It was an oversize gift from the late Sam and Pat Harlan – both monument and memorial to their son, Terry.

Over the years it’s almost as if caboose No. 999608 has always been there.

Based on its number, the caboose – or waycar, as they were called by the Santa Fe – is one of approximately 40 Ce-3 class cars to be modified from standard steel cabooses. The Ce-3s were exclusively used as local and transfer cabooses, rather than the long haul cars that crossed the country in railroading’s heyday.

A granite marker erected in front of the caboose tells part – but not nearly all – of the story.

It reads “Dedicated to all the citizens of Purcell in fond memory of Samuel Terry Harlan, May 1951 - August 1983. Dedicated to the City of Purcell this 11th day of Nov. 1991.

“His love for the Santa Fe Railroad was only surpassed by his love for his family and Purcell.”

The city formally accepted the gift of the caboose more than a year earlier.

A resolution signed by then-mayor Ron Fishburn on Oct. 1, 1990, reads in part “that donation of the Santa Fe Railroad Caboose by the Samuel Terry Harlan family is hereby accepted in accordance with special requests of the Harlan family.”

The Harlans were a multi-generational railroad family.

Sam purchased the caboose and a boxcar, placing them in his backyard at the end of Canadian Avenue.

There the rail cars remained for many years.

Terry, a railroad switchman, suffered a brain bleed and died on the job when he was just 32.

“The railroad is a very difficult and dangerous job,” said Sammy Harlan, Sam and Patricia’s grandson and Terry’s nephew.

He remarked his own father was 18 when he lost a leg while working on the railroad in Oklahoma City.

A Purcell native now living in Tulsa, Sammy said his grandfather worked 44 years on the railroad.

His parents, uncle and their folks saw the railroad as a means to support their families and see that Sammy and his generation had better lives.

“None of the younger generations joined the railroad because they all had the opportunity to pursue higher education,” he said.

Sam also wanted the people of Purcell to always be aware of the role the railroad played in Purcell’s founding in 1887 and its development in the decades since.

In fact, Purcell is named for Edward B. Purcell, a vice president with the AT&SF railroad.

Sammy recalled playing in No. 999608 while he was growing up. He still comes across people who remember the backyard rail cars and ask him about them.

“It was next to the swimming pool,” he said, “and it still had the original components inside.”

Those included such items as the original conductor’s desk.

Sam hired house movers to load the caboose onto a trailer and move it the short distance to the small park.

Sammy lived for a time in a log cabin on the property. The cabin was later sold, but the rest of the property and the boxcar are still owned by the family.

He said not long ago, Terry’s children and their families gathered at the caboose for a family picture.

The gathering harkened back to the day the caboose was formally dedicated.

“We had a big ceremony down there,” Sammy said of the dedication.