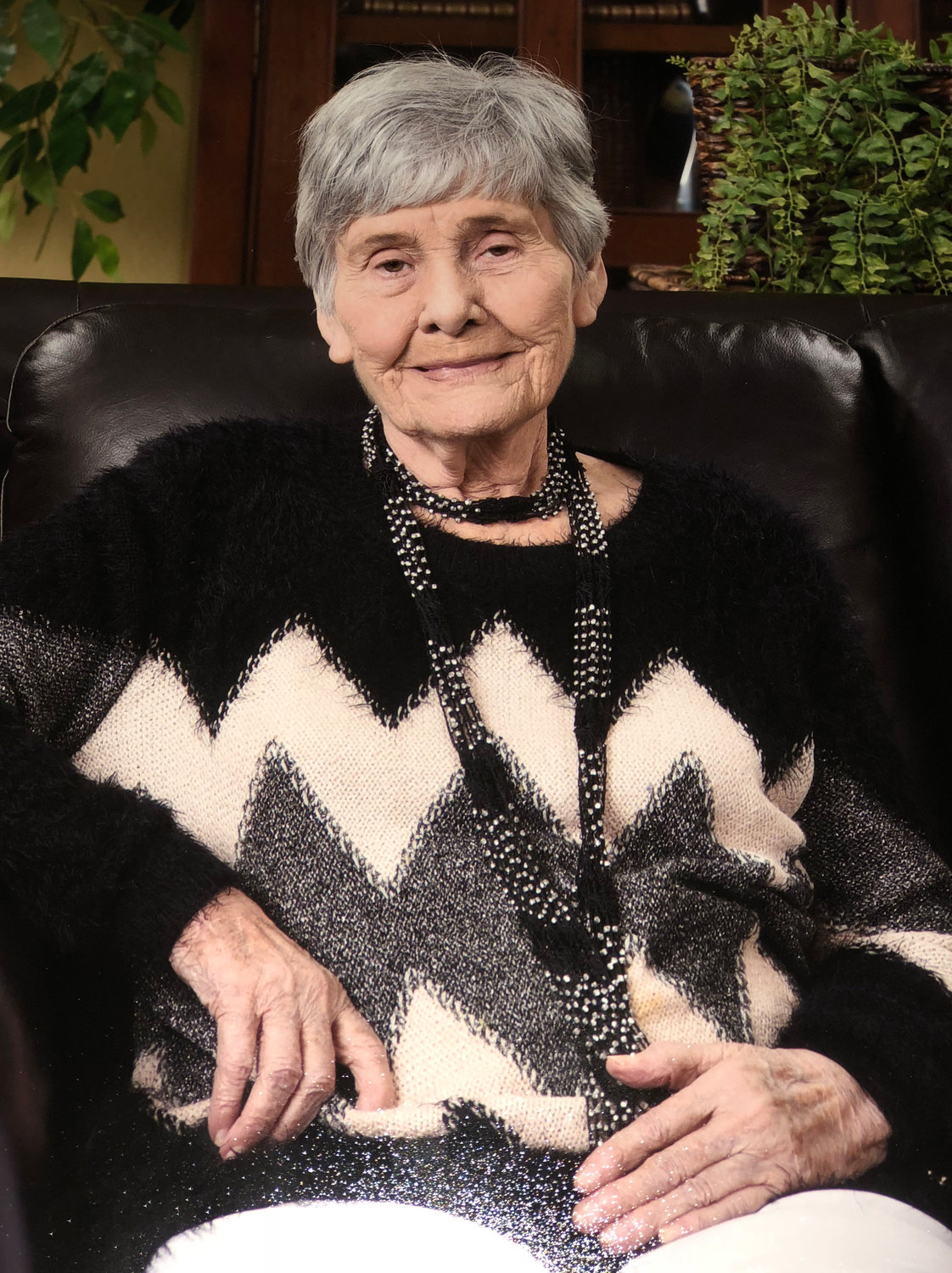 Funeral services for Arlene Crump, 93, of Ardmore were held Tuesday, May 17, 2022 at Rose Hill Pentecostal Church of God. Interment was at Chappel Hill Cemetery under the direction of the Wilson-Little Funeral Home in Purcell.

Arlene Wilma Crump was born on April 9, 1929 in Hominy, OK to Roy Sanders and Ona Sanders (Jenkins). She was one of eight siblings and attended school in the area.

Her life changed forever when she met Rev. Newman L. Pounds. Arlene and Newman were married in New Mexico on January 26, 1952. They made their home wherever the ministry called them, and were blessed with three children.

Arlene and the Rev. Pounds lead churches in Verden, Savanna, Spiro, Rose Hill, and even Bennettsville, South Carolina where they started a church from the ground up. After losing her beloved husband, Arlene found love again with Rev. Louis Crump and the two were married on December 12, 1981. Arlene made her home in Oklahoma City for a time, and has lived in Ardmore the past five years.

Arlene’s life was devoted to her family and serving the church. She wrote plays which were performed in the church, taught Sunday school, and found joy in all the duties that come along with being a Pastor’s wife.

She enjoyed league bowling, board games, puzzles and most recently she had found a love of coloring. Arlene had a giving spirit and often gave her signed art projects to her caretakers which they treasured. Arlene will be missed by all those who knew and loved her.