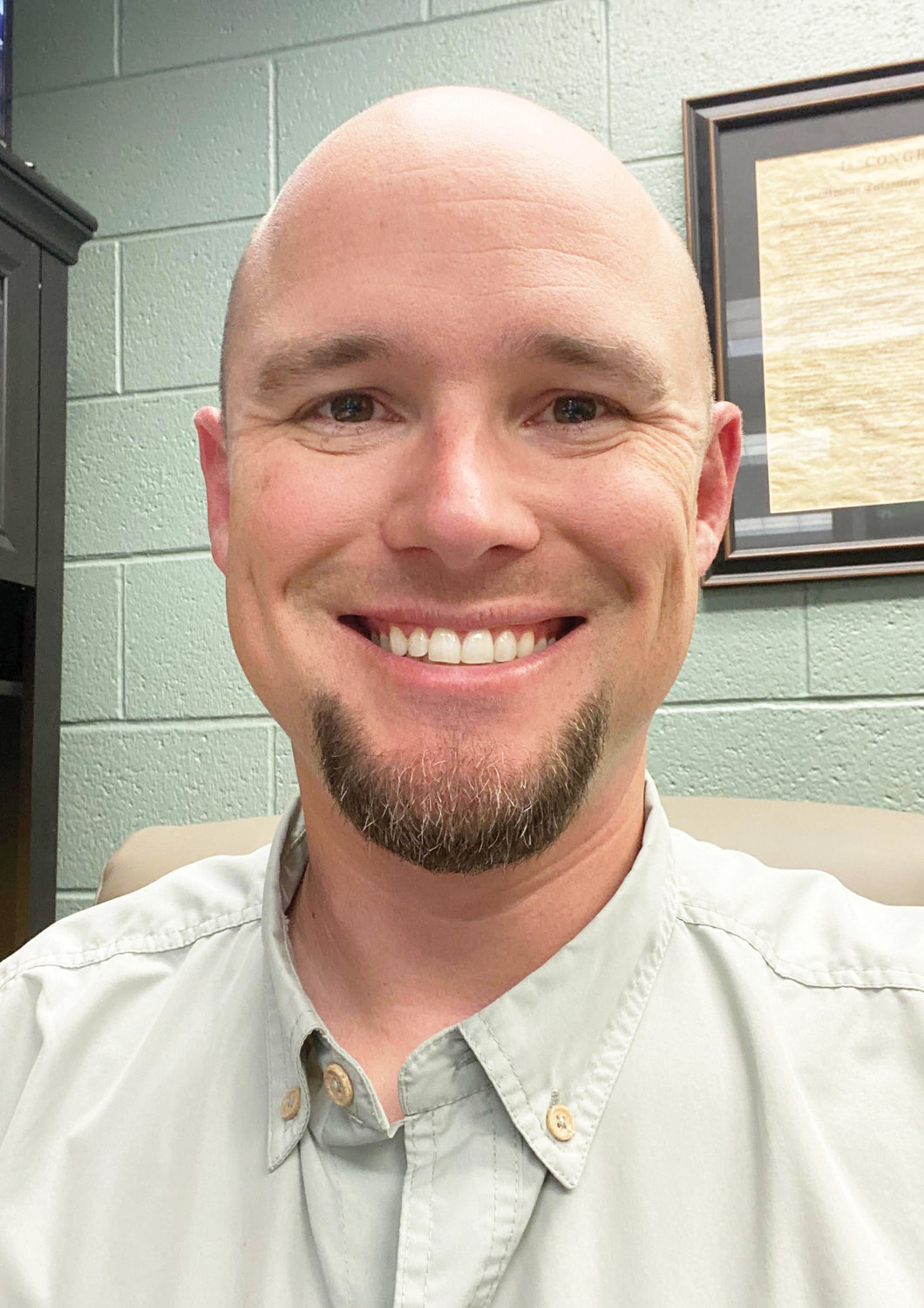 John Blue tells people when he headed east out of the Texas Panhandle, Purcell was the first place he came to with grass and trees so he stopped and settled here.

That’s not how it happened at all.

John grew up in Canadian, Texas.

As a kid, he and his friends hiked “all over the caprock” without fear of adult intervention.

Like all West Texans on the high plains, he learned to measure distance in minutes, not miles.

He was given his first computer, an Apple IIe, in the early 1990s and upgraded to a Gateway gaming PC in 1995.

“It was back when Gateway still shipped computers in cow boxes,” he said. “I turned into an inside kid real quick.”

He started a computer repair business and thought he was set.

He left the Panhandle after his grandmother died in 2010, and headed to Purcell where he had an aunt.

The aunt opened her home to him, giving him a place to lay his head while he looked for someplace to live and set up shop.

The shop he opened was just across the bridge in Lexington.

Sometime around 2012, he met his future wife, Katie Wilson, at the Rusty Knot.

“We just clicked,” he said.

The couple has two children – John’s stepson, Bradley McCart, 12, and a daughter, Jessie, 8.

John was appointed to Purcell’s parks and recreation board in 2016.

“Computer repair is not fun,” he said.

While it was nice to help people, it just wasn’t fulfilling.

He was ready for a career change when the city promoted him to Parks & Recreation director in 2020.

It’s been a good fit on all sides.

The department’s show place is Purcell Lake and the parkland surrounding it.

The city’s other major parks are Westbrook, Red Hill and McCurdy. In addition, the department is responsible for mowing the Veterans Memorial, Santa Fe plaza, Delta school lot, senior citizens center and airport.

All the properties are mowed every seven days.

The trails project at the lake is well underway toward realizing the goal of off-road walking trails surrounding the lake.

“My position is do those things first that don’t need someone hired to run them,” he said. “My maintenance angle is this – is it easy to repair and can you find at least 20 people to repair it?”

The swimming beach is a prime example.

“Now so many people use it, it’s a constant deal figuring out what to add because it’s so popular,” he said. “The beach is a low maintenance kind of project.”

When John first joined the parks board, he was staunchly against constructing a new public swimming pool.

“But is it feasible at this moment?” he asks. “I feel it will happen someday.

“I could have started this job and had an $8 million water park across the road.”

He’s convinced it’s a blessing that wasn’t what happened.

The water park idea was turned down by voters in July 2015 and since then emotions on both sides of the issue have calmed.

“I love when people come to my office with issues and I can help with possible resolutions for those issues,” he said. “I keep my door open.”

It’s a fact that he always gets a laugh when he’s asked when he will build a pool.

His stock answer: “When I get all the stuff on that erase board done.”

The large board dominates one wall of his office in the Multipurpose Center and is a day-to-day, month-by-month listing of projects underway and/or anticipated.

John wants to see more people enjoying what Purcell has to offer, especially the lake.

“People have gotten so disconnected from the outside and nature, it is terrifying to them,” he said. “That’s what is hard – to see people terrified of everything.”

So, are his kids at home in the outdoors?

Jessie is very interested in insects and the outdoors, John said, while Bradley is more into engineering.

“I always encourage them to go outside,” he said.

He likes what he sees daily on the lake trail.

“A lot of people use that trail everyday,” he said, “and I’ve seen the trail alter people’s lives – people learning to walk again, lose weight, stop smoking, get healthier.

“For me, it’s building these attractions so people can use them. I want people to come out and disconnect for a little while. Build the trail and let people figure it out.

Assault and battery at city hall