What may be behind achy, tired, or burning eyes? Dry eye disease may be the culprit. 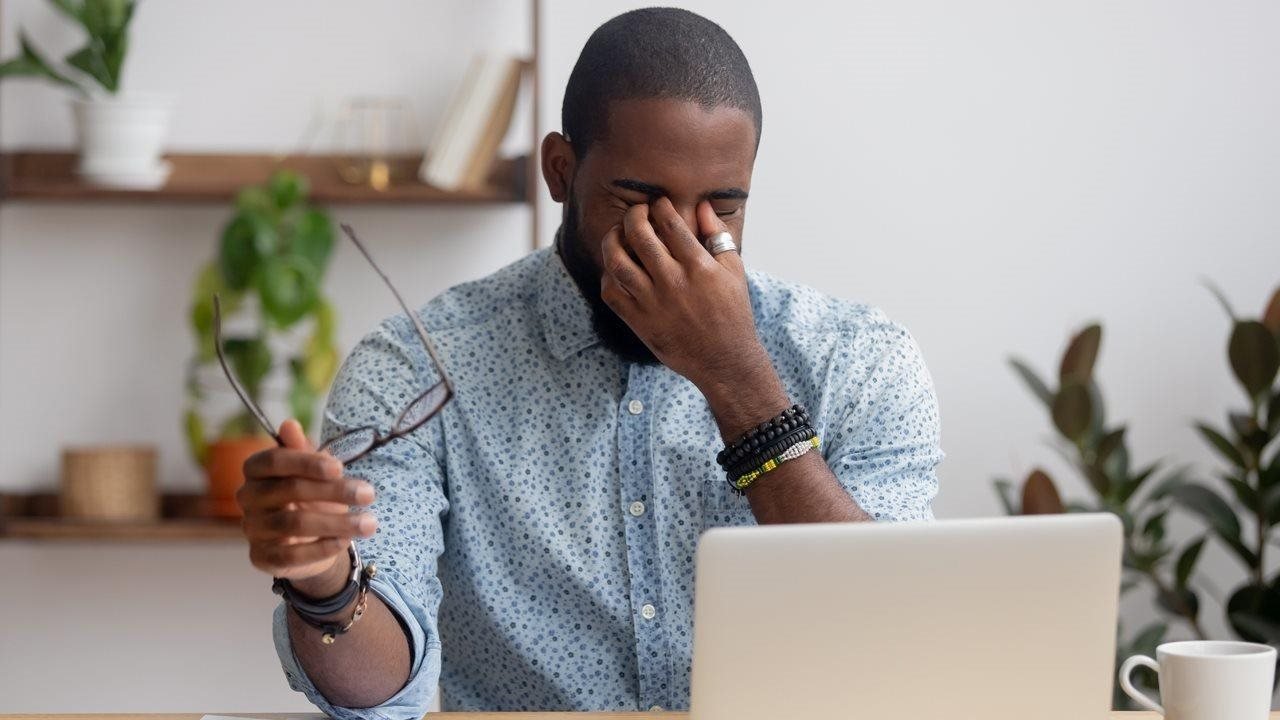 Have you noticed that your eyes have started to feel dry or itchy? Are your eyes affected after endless video conferences and binge watching your favorite shows? You may not be alone.

A Novartis-sponsored survey of 1,003 US residents aged 35 years and older found that about one in four respondents said they believed their dry eye symptoms have gotten worse since the beginning of the COVID-19 pandemic.1 A majority (78%) of the 240 participants who reported worsening dry eye symptoms responded that they thought it was a result of increased screen time.1,i Ophthalmologist Elizabeth Yeu, MD, notes, “I've seen a rise in my patients complaining of painful or irritating eye symptoms like dryness, itchiness, occasional blurry vision, redness, burning, stinging, or grittiness. Many people may not realize that these could be symptoms (or signs) of an actual disease called dry eye disease – or DED – which may require help from an eye care professional.”2

What is dry eye disease and who is at risk?

Dr. Yeu explains that dry eye disease (DED) is actually a common reason for seeking care from an eye care professional.3 It is a complex condition affecting the eye’s surface and may present as symptoms including eye discomfort, irritation, or pain.4 An estimated 16 million people in the United States were diagnosed with DED, and an additional 6 million people reported having dry eye symptoms, but had not been diagnosed with DED.5*

*According to estimates from the 2013 National Health and Wellness Survey (self-administered, internet-based questionnaire) of 75,000 US adults; approximately 6.8% had been diagnosed, corresponding to ~16.4 million people in the US population.5

“Inflammation in the eye can contribute to dry eye disease, and the symptoms may vary greatly depending on the person. Dry eye is generally more common in women than in men,6 but I’ve seen an uptick in complaints in my practice across all types of patients,” said Dr. Yeu. “Some other risk factors for developing DED include advanced age, hormonal imbalance, and certain environmental factors.”3

“For my patients, making adjustments may have seemed like another everyday nuisance during the height of the COVID-19 pandemic, but I told them they shouldn’t have to put up with the pain or impact of disruptive symptoms on their lives,” says Dr. Yeu. “These irritating symptoms are often brought to my attention by my patients, and sometimes dry eye disease is the culprit.”

The survey also found that:1

Dry eye disease symptoms may vary drastically from person to person.4 Some people may not realize that their symptoms could be an actual disease which may require help from an eye care professional.2 Dr. Yeu recommends that people visit their eye care provider to help appropriately diagnose and manage their symptoms.

“Our lives are grounded in moments, from big milestones to simple pleasures like family movie night or reading a child’s bedtime story. But these activities may be missed out on, and for some, in my experience, can become more challenging when experiencing dry, itchy, or burning eyes,” says Dr. Yeu. “Ultimately, we want to educate the public on the importance of dry eye disease and encourage those experiencing symptoms to speak to an eyecare professional about how to best manage their condition.”

Survey methodology: Individuals opted in for general survey panel participation and were chosen to participate in this survey after screening. Survey results should not be generalized to the general population. To identify the 1,003 respondents, participants were presented a list of conditions, including dry eye disease, and asked to select which, if any, they had been diagnosed with by a medical doctor. In a separate question, participants were asked to select all that applied from a list of eye symptoms, such as dryness, irritation, itchiness, occasional blurry vision, redness, burning, stinging, grittiness, they have experienced or are currently experiencing. The group of 1,003 respondents was made up only of people who had self-reported being diagnosed with dry eye disease by an eyecare professional or who suffer from at least two of its symptoms, but have not been diagnosed. Not all survey respondents answered all questions. Some questions allowed respondents to select more than one response from a list of possible answers. Sample surveys and polls may also be subject to multiple sources of error, including, but not limited to, coverage error, sampling error, non-response error, instrument error, respondent error, interviewer error, and data processing error.

5 ways to get ahead of frequent heartburn, according to an MD